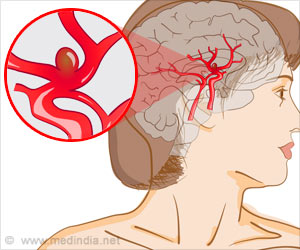 Surgeons at a Delhi-based hospital used a new form of technique to remove a huge tennis ball sized aneurysm from the brain of a 52-year-old Iraqi woman.

Sundus Salman was suffering with aneurysm for past eight years. But her condition was a rare case, as she developed a giant aneurysm that was greater than 2 cm. A team of three doctors at the BLK Specialty Hospital performed a complex surgery to remove this huge aneurysm.

An aneurysm is an abnormal "ballooning" in blood vessels usually in the wall of arteries.
Advertisement
‘Doctors at the BLK Specialty Hospital successfully removed a giant aneurysm of 7 cms -almost the size of a tennis ball from the brain of a 52-year-old Iraqi woman.’
Tweet it Now

"Salman's aneurysm was seven centimeters, which is extremely huge and surgery in such cases carries huge risks given that it involves vital areas in the brain. 3D imaging helped in taking all the precautions as it helped us define high-risk areas. Her case is a good example of how technology is enabling us to deal with complex cases with ease," said Dr. Vikas Gupta, Head of Neurosurgery, BLK Super Specialty.


She had approached the doctors when her aneurysm became uncontrollable and also restricted her eye movement. She had already undergone an operation in Turkey to remove her aneurysm, but it reoccurred in much larger form and shape.

A minimally invasive approach appears safe for treating life-threatening aneurysms that occur in the deepest part of the aorta, making it easier for surgeons to repair the aorta without opening the chest and easier for patients to recover.
Advertisement
Dr. YP Bundela, Sr Consultant, Neurosurgery, BLK Super Specialty Hospital, said, "Salman had been operated in Turkey earlier. Her aneurysm was previously treated with stent assisted coil embolization in 2007. Unfortunately, it was not adequate and seven years later the aneurysm (balloon) recurred in much larger form and shape. The 3D imaging and angiogram displayed that microsurgical option was risky due to its giant size and location near the artery which branches to the eyes. By-pass of the main artery was ruled out."

Therefore, doctors decided to use a new method of cutting the blood supply to the aneurysm and then remove it.

"A newer form of technique using Max Merlin device to divert the flow of blood was mounted on the bulge of the aneurysm. This resulted in diverting the blood flow away from the bulge. The entire procedure was done successfully in the first week of December. Salman's eye movements and vision improved the next day and she was discharged after a week," Dr. Gupta added.

Irrespective of the Size, One-third of All Brain Aneurysms Rupture

Why is it that previous studies have not reached the same result if it is so obvious?
Advertisement

A medical specialist is a recognized expert in his field and is usually accredited by a medical board. Read ...
This site uses cookies to deliver our services.By using our site, you acknowledge that you have read and understand our Cookie Policy, Privacy Policy, and our Terms of Use  Ok, Got it. Close
×