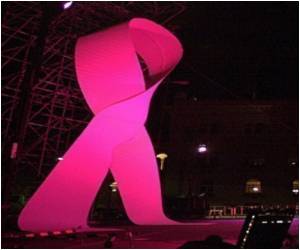 Scientists have revealed that decoded process could hold the key to future treatments for a wide range of chronic health problems. These include Motor Neuron Disease, myotonic dystrophy and a wide range of cancers. The researchers are from the University of Sheffield scientists.

Experts from the University's Department of Molecular Biology and Biotechnology, collaborating with scientists from Harvard Medical School in the USA, have revealed how a complicated set of proteins called TREX act as a passport for the transfer of cell blueprints which create proteins that are essential for life.

Chances of Skin Cancer in Transplant Patients Lower With Sirolimus

Patients on sirolimus have a lesser chance of developing skin cancer compared to those on calcineurin inhibitors.
Advertisement

The researchers believe their better understanding will mean they can ultimately fix problems in the process which cause fatal health conditions like Motor Neuron Disease, myotonic dystrophy and a wide range of cancers.


Professor Stuart Wilson, who led the groundbreaking project, said: "Protein production is an essential part of life for all organisms. This process involves reading the code in genes and converting this to a message which is ultimately decoded to make a protein.

Researchers have revealed that an experimental immune-based therapy more than doubled median survival of patients diagnosed with the most aggressive malignant brain tumor.
Advertisement
"The message is made of a special molecule called mRNA. In all organisms from yeast through to man the mRNA is made in a compartment in the cell called the nucleus, but then has to be transported to a separate compartment, called the cytoplasm, where it is decoded to make a protein. This process of mRNA transport is essential for life and when it malfunctions in humans it can lead to diseases such as Motor Neuron Disease or cancer."

Researchers have shown how proteins called TREX provide a mark on the mRNA which acts as the passport which unlocks a transporter protein called Nxf1, allowing it to land on the mRNA and transport it to the cytoplasm to create proteins.

Professor Wilson added: "When a car is built in a factory, it goes through various stages of production with parts being added and, hopefully, quality control checks before it is driven out of the factory and into the salesroom.

"Similarly mRNA goes through various modifications in the nucleus, with bits added on and other sections removed. Only when the mRNA reaches the end of the production line in the nucleus and passes all the quality control checks is it given the passport which allows it to be transported to the cytoplasm and then used to make proteins.

"Until now, it has not been clear how the cell knows when the mRNA has reached the end of the production line in the nucleus and thus when it should be given a passport allowing passage to the cytoplasm. Now we have identified how the passport is issued, allowing the mRNA transport and the production of proteins in the cell which is essential for life."

Sanatogen Nutam (400mg) (Piracetam) Sinopril (2mg) (Lacidipine) Vent Forte (Theophylline) How to Reduce School Bag Weight - Simple Tips Find a Doctor Accident and Trauma Care Color Blindness Calculator Indian Medical Journals Find a Hospital
This site uses cookies to deliver our services. By using our site, you acknowledge that you have read and understand our Cookie Policy, Privacy Policy, and our Terms of Use