Decoding the Molecular Machine Behind Some Bacteria 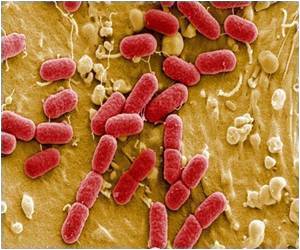 Scientists are in the process of decoding the molecular machine known as the 'type II bacterial secretion system' that is responsible for delivering potent toxins from bacteria such as enterotoxigenic E. coli and Vibrio cholerae into an infected individual.

Professor Richard Pickersgill, who led the research, said: "Bacterial secretion systems deliver disease causing toxins into host tissue. If we can understand how these machines work, then we can work out how it they might be stopped."


Professor Pickersgill adds: "If we can successfully interfere with this or with other interactions we are discovering then we might be able to halt the secretion system and prevent these harmful diseases."
Advertisement
The same type II secretion system that enables E. coli and cholera is also used by bacteria that cause substantial food spoilage, such as Dickeya dadantii. Crop spoilage by plant infecting bacteria is becoming an increasing problem in the UK due to the warmer and wetter summers caused by global climate change, and the team hope that the results of this study will be of interest to both agrichemical scientists seeking ways of preventing crop damage and pharmaceutical companies seeking new antibiotics.

E.coli's Genetic Code Redesigned
The protein-making machinery of E.coli has been successfully re-engineered by Yale University ......

E.coli Research Gets a Boost Through EU Funding
The EU has decided to pump funds to the tune of 2.2 million euros in research on the lethal E.coli ...