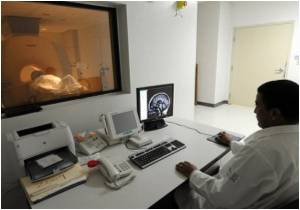 A method to figure out what we are dreaming about has been worked out by researchers.

According to the researchers, their findings indicate that patterns of activity in certain visual areas of the brain are the same whether we are awake or dreaming.

New Stimulants Could be Developed from Dreaming, Waking Brain Mechanisms

A new study says that scientists may be able to develop more effective anaesthetics and stimulants by studying the brain's waking and dreaming mechanisms.
Advertisement

The Japanese researchers managed to decode the dreams of a group of volunteers and pinpointed when they were dreaming about such things as cars and women.


They scanned the brains of three male volunteers as they slept to monitor changes in activity which could be related to the content of their dreams.

Daydreaming might not be such a bad thing after all. Even as one wanders away from the reality, one could indeed be finding solutions to complex problems.
Advertisement
They also monitored electrical patterns in the men's brain waves, so that they could wake them up whenever the signals indicated that they had begun dreaming.

Each time the participants awoke they were asked what they had dreamt about before being allowed to go back to sleep. The process was repeated across several days until 200 reports had been collected from each volunteer.

Researchers reported that while some of the dreams were out of the ordinary like a discussion with a famous actor, most involved more mundane experiences from everyday life.

From the dream accounts they picked out 20 of the most commonly occurring themes, such as "car", "man", "woman" and "computer", and gathered pictures which represented each category.

The participants were then asked to view the images while their brains were scanned a second time.

By comparing the second set of brain activity data with the recordings made just before the volunteers had been woken up, the researchers were able to identify distinctive patterns in three key brain regions which help us process what our eyes see.

They also found that activity in a number of other brain regions with more specialised roles in visual processing, for example in helping us recognise objects, varied depending on the content of the dreams.

Finally, they built a computer model which could predict whether or not each of the selected themes was present in the participants' dreams.

"By analysing the brain activity during the nine seconds before we woke the subjects, we could predict whether a man is in the dream or not, for instance, with an accuracy of 75 to 80 percent," the Daily Mail quoted Yukiyasu Kamitani, the study leader from ATR Computational Neuroscience Laboratories in Kyoto, as telling Nature News.

"Our study shows that during dreaming, some brain areas show activity patterns similar to those elicited by pictures of related contents.

"Thus, using a database of picture-elicited brain activity and a pattern recognition algorithm, we can read out, or decode, what a person might be seeing from brain scans during dreaming.

"In this study we were able to decode only basic object category information, but the method could be extended to decode more dynamic and emotional aspects of dreams," Kamitani added.

The findings of the study have been presented at the Society for Neuroscience annual conference last week.

The Brain Also Learns Through Dreaming