Declining Rate of US Teens Who Shun Smoking 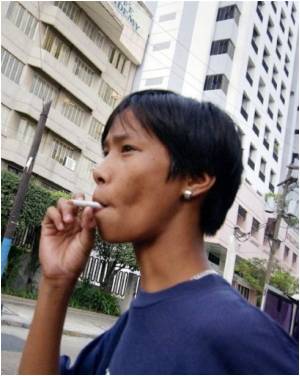 The number of US teenagers who shun smoking has declined sharply and health authorities are urging for strong measures to motivate them to stop or not to pick up the habit at all.

After rising between 1991 and 1997, the rate at which US high school students used cigarettes fell from more than 36 percent in 1997 to nearly 22 percent in 2003, but then the rate of decline slowed sharply, a report by the Centers for Disease Control and Prevention (CDC) said.

Between 2003 and 2009, teen smoking fell by less than three percentage points, with 19.5 percent of high school students reporting last year that they had tried cigarettes or smoked regularly, the study showed.


To fight the slower rate of decline, officials should launch "counter-advertising" campaigns against promotions by the tobacco industry and take steps to reduce tobacco advertising and product availability, the study said.

Do you smoke cigarettes daily? Use medindia smoking risk calculator and calculate your reduced Life Span due to Smoking.
Advertisement
It pointed out that the rise in teen smoking in the 1990s was blamed in part on "expanded promotional efforts by tobacco companies," including showing smoking in movies, distributing items like hats and T-shirts with tobacco company logos and symbols on them, and sponsoring youth-focused events like concerts.

The study also suggested increasing the number of tobacco-free environments and hiking the cost of a smoke by increasing taxes on cigarettes to get teens to kick the habit or never start it.

CDC director Thomas Frieden lamented the slow-down in the rate of decline of teen smoking.

"Although four of five (teens) don't smoke, it's discouraging to see that current smoking did not continue to decline more rapidly among youth," Frieden said in a statement.

"Smoking is the leading preventable cause of death in this country, and nine out of 10 adults started smoking in their teens or earlier," he said.

Frieden was New York city's health commissioner before being named to head the CDC last year.

During his seven years shepherding New Yorkers' health habits, Frieden spearheaded a campaign to ban smoking in bars and restaurants, which has led to a sharp fall in the number of adults who smoke in the city -- down from 21.5 percent in 2002 to 6.9 percent last year.

Approximately half the smokers die due to smoking -related diseases. But it is not just the smokers who are at the receiving end. The passive smokers too, often pay a heavy price. If you still have not 'kicked the butt', learn more horrifying facts about smoking by participating in the following quiz.
Advertisement
<< China Vehemently Condemns Offensive Online Game Ads
76 Tonnes of Tainted Milk Powder Seized in China >>