Decline in Cholesterol Levels Among US Adults: Study 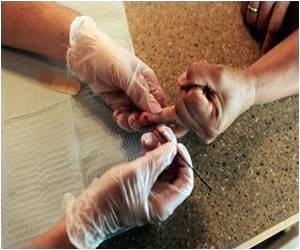 "Epidemiologic studies have demonstrated that high concentrations of low-density lipoprotein cholesterol (LDL-C) and total cholesterol (TC) and low levels of high-density lipoprotein cholesterol (HDL-C) are major risk factors for coronary heart disease (CHD)," according to background information in the article. "Serum total cholesterol and LDL-C contribute to atherosclerosis and its clinical consequences. Between the periods 1988-1994 and 1999-2002, mean [average] TC and mean LDL-C declined in adults. During this time, there was an increase in the percentage of adults receiving lipid-lowering medications."

"The favorable trends in TC, non-HDL-C, and LDL-C may be due in part to a decrease in consumption of trans-fatty acids or other healthy lifestyle changes, in addition to an increase in the percentage of adults taking lipid-lowering medications. They are unlikely to be the result of changes in physical activity, obesity, or intake of saturated fat," the researchers write. They note that the intake of saturated fat as a percentage of calories did not decrease between 1999 and 2008; little progress was made from 1998 to 2008 in increasing leisure-time physical activity levels of adults; and the prevalence of obesity among adults remains high, at more than one-third of the population. The authors add that "although the percentage of adults receiving lipid-lowering medications continued to increase between 1999-2002 and 2007-2010, declining trends in TC, non-HDL-C, and LDL-C also occurred for adults not taking lipid-lowering medications."