Decision of Not Having Children in Just One Conversation Between Couple 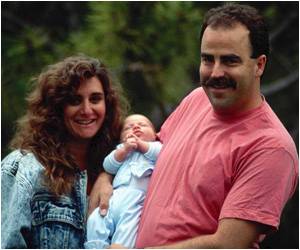 Decision of not having children is taken after only one discussion between the couple, and sometimes none at all, the British Sociological Association's annual conference in Leeds heard on Friday, 25 April 2014.

Edina Kurdi, of Middlesex University, said that 40% of the childless women she surveyed for a study had either not talked about having children, or had only discussed this once early in their relationship.

Miss Kurdi carried out an online survey which included responses from 75 UK women aged 35 and above who were childless. She interviewed nine of them face-to-face.


The survey asked about discussions the woman had had with her current partner about not having children. She found that 23 of the 63 who responded to the question had decided not to have children after one conversation. Three others mentioned they had not talked about the issue at all.

Pregnancy Labor is caused by series of progressive expulsive contractions by the uterus and results in delivery of the baby from the mothers womb to the outside world.
Advertisement
One woman said: "Negotiation? It only needed one brief discussion, along the lines of 'I don't want kids - do you?' 'Nope, me neither'. Then move onto something more interesting to talk about... and neither of us reconsidered our options. There was no need to."

Another said: "it never really got said, it was just realised by our actions - we had a two-seater car!"

Other quotes, all from different women:

Miss Kurdi, a Lecturer at Middlesex University, said the result was "somewhat surprising and very interesting".

She told the conference: "Not having children is obviously a very important decision, and what was interesting from the research was the negligible amount of discussion that couples engaged in - many are agreeing not to have children in one conversation, or in an unspoken way.

"One possible reason that couples did not need to talk about the issue much is that they could accurately sense their partner did not want children from their beliefs and lifestyle."

Her research project also studied the reasons why couples remained childless and attitudes of others towards a childless couple. "Very little attention has been paid to the negotiations within romantic relations about not having a family, even though developed countries are facing a general decline in fertility combined with an accelerated rate of childlessness," she said.

87 women responded to the survey after it was advertised on social media networks and word of mouth, 75 of them childless. The research, which was not statistically representative of all childless women, will form part of her PhD studies.

Pregnant or not pregnant? Catch on to the early pregnancy signs and symptoms and replace suspense with relief.
Advertisement
<< Simple Tips to Take Care of Rebonded Hair
Comprehensive Map of Human B Cell Development Created >>

Iron Intake Calculator How to Reduce School Bag Weight - Simple Tips Drug - Food Interactions The Essence of Yoga Vent Forte (Theophylline) Find a Doctor Color Blindness Calculator Find a Hospital Drug Interaction Checker Calculate Ideal Weight for Infants
This site uses cookies to deliver our services.By using our site, you acknowledge that you have read and understand our Cookie Policy, Privacy Policy, and our Terms of Use  Ok, Got it. Close
×