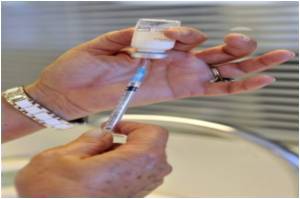 AMA Vice President, Dr Steve Hambleton, said today that the AMA is greatly concerned that groups that are promoting discredited theories about immunisation are exposing Australians to the devastating effects of preventable illnesses.

Dr Hambleton said that recent media reports outlining the views of the Australian Vaccination Network (AVN) show that this organisation has drawn the fire of the NSW Health Care Complaints Commission (HCCC).

"It is important for parents to have their children immunised. Immunisation saves lives," Dr Hambleton said.


"While we all value freedom of speech in our society, groups that promote what the NSW HCCC has described as misleading, inaccurate and deceptive information about immunisation, under the guise of 'pro-information' and 'pro-choice', are putting Australians at risk of diseases that can be prevented through vaccination.

Measles is a viral infection with symptoms of fever,and rashes. Measles is prevented by vaccination and staying away from the infected individuals.
Advertisement
"We are almost two generations away from deadly diseases such as tetanus, diphtheria and polio. Our grandparents can remember how bad it was.

"Parents who choose not to immunise their children need to consider that they are putting not only their own children at risk, but they are also risking other children, with potentially fatal consequences.

"If immunisation rates fell because many parents relied on the efforts of other families to vaccinate their children, under the misapprehension that this would provide sufficient protection to the whole community, there would be new epidemics of old illnesses.

"The last outbreak of measles occurred in a school in an area with low immunisation rates. The outbreak was so severe that it interrupted the educational curriculum.

"The NSW HCCC's findings and concerns regarding the AVN released last month are consistent with the views of the medical profession.

"It is critical that Governments promote the evidence and benefits of full immunisation and run an ongoing public education program that informs the public about the devastating effects of diseases that can be avoided through vaccination.

"The AMA welcomes the announcement last week that seasonal flu vaccination of young children can now be resumed, and commends the Commonwealth Chief Medical Officer for taking early action to investigate this matter and the latest advice, which means we can maintain confidence in our vaccination program," Dr Hambleton said.

Chicken pox is an acute and highly contagious viral infection caused by the varicella zoster virus.
Advertisement
Advertisement
This site uses cookies to deliver our services.By using our site, you acknowledge that you have read and understand our Cookie Policy, Privacy Policy, and our Terms of Use  Ok, Got it. Close
×