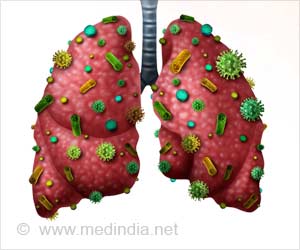 The research team flagged 1,300 patients who acquired NV-HAP, recording a NV-HAP incidence rate of 0.12-2.28 cases per 1,000 patient days. The study is one of the first to debunk the association that NV-HAP predominantly impacts the elderly, and reverses previously held notions that patients in the ICU are at greatest risk for contracting pneumonia.


Here's what the researchers found: "NV-HAP does not discriminate; all patients across all hospital floors face a risk for acquiring pneumonia," said Dian Baker, PhD, RN, the study's lead author and a school nurse program coordinator at the California State University School of Nursing. "But from standardizing oral care protocols to tracking hospital-wide NV-HAP rates, providers can address gaps to identify new or reinforce existing preventive measures. We predict that with the right interventions to cut NV-HAP rates in half, hospitals could save roughly 10 thousand lives, 490,000 hospital days and $2.43 billion in costs per year."
Advertisement
Up to 35.4 million US patients are at risk for NV-HAP annually--as compared to 3.9 million patients at risk for ventilator-associated pneumonia (VAP). And while both healthcare-associated infections (HAI) have a roughly 19 percent mortality rate, NV-HAP costs health systems some $156 million, in contrast to the $86 million attributed to VAP costs.

"However, since this infection is often preventable through nursing care activities aimed at preventing aspiration, once we recognize this problem, we can improve. This study underscores the need to implement evidence-based practices known to prevent pneumonia throughout the hospital."

Spot Pneumonia With Four Simple Tests: A Guide For Doctors
Initiating treatment for pneumonia is crucial as the symptoms of the infection resemble other viral ...

Cardiovascular Disease Risk Increases In Patients With Sepsis Or Pneumonia After Hospital Admission
The risk of a first cardiovascular disease diagnosis can remain persistently high for several years ...

Commonly Used Sedatives Linked to Pneumonia Risk in Alzheimers Patients
Commonly used benzodiazepine sedatives are found to increase the risk of pneumonia in patients with ...

Pneumonia
Pneumonia is a lung infection that can be caused by a bacteria or a virus. It causes inflammation of...