Deaths Due to Alcoholism Have Raised in the United States

Alcohol-related deaths enhanced by around 100%, according to a new analysis of death certificates in the United States between 1999-2017, published in Alcoholism: Clinical & Experimental Research. 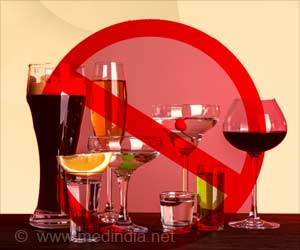 Deaths Due to Alcoholism Have Raised in the United States

Alcohol use disorder or alcoholism is an inability to control drinking. It can cause short term and long term physical, as well as psychological effects on the patient.

Aging Women Tend to Drink More Alcohol Family History of Alcoholism may Affect How Your Brain Reconfigures Between Active and Resting States Trial Fingerprint Check Discriminates Between Those Who Have Taken or Handled Cocaine Vaping Prevention Program Lowers Use in School Students Smoking, Drinking Linked to Advanced Brain Age