Death Toll Rises to 31 in China 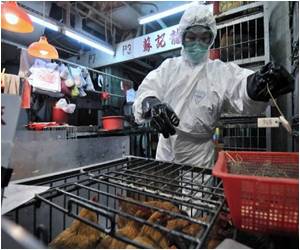 According to official figures, the death toll from the H7N9 bird flu outbreak in China has risen to 31, with four more people dying of the virus in China's eastern provinces.

The number of people infected also increased to 129, official statistics showed, up two since Thursday.

The four new deaths included two from Jiangsu province and one each from Zhejiang and Anhui, according to figures from China's Health and Family Planning Commission released late Monday.


No further details on the deaths were revealed by the commission.

The virus was first reported in late March, with most cases confined to eastern China, and only one reported outside the mainland, in Taiwan.

Experts fear the possibility of the virus mutating into a form easily transmissible between humans, with the potential to trigger a pandemic.

But the World Health Organization has said there is no evidence of human-to-human transmission.

Source: AFP
Advertisement
<< The Impact of Heart Disease on Patients
Are You Agitated? Eat Dark Chocolate to Calm Down >>