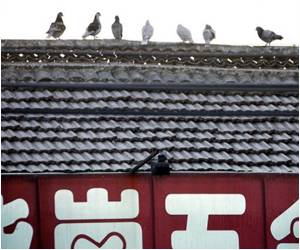 The death toll from the H7N9 bird flu virus has risen to 25, state media said Thursday after a man died in central China's Hunan Province.

More than 120 people have been diagnosed with the virus since it was first reported in late March, with most cases confined to eastern China.


The only one reported outside the mainland has been in Taiwan, although that victim was infected in China.

Experts fear the possibility of the virus mutating into a form easily transmissible between humans, with the potential to trigger a pandemic.
Advertisement
The World Health Organization has said so far there is no evidence of human-to-human transmission but warned H7N9 was "one of the most lethal" influenza viruses ever seen.

Chinese health officials have acknowledged so-called "family clusters", where members of a single family have become infected, but have not established any confirmed instances of human-to-human transmission.

Most of the cases reported have not yet resulted in death, and some patients been discharged from hospital after apparently recovering.

Source: AFP
Advertisement
<< Kids Brain Sensitive to Other's Pain
Statistics Show One Out of Three Children from Britain Has F... >>

Not a Single Instance of Birdflu Reported in Tamil Nadu Asserts TN Government
"The State Government of Tamil Nadu" stressed that there was no single instance of bird flu ......

Scientists Preparing Vaccines That Targets Future Birdflu Strains
A team of scientists have reported that preparing vaccines and therapeutics that target a future ......