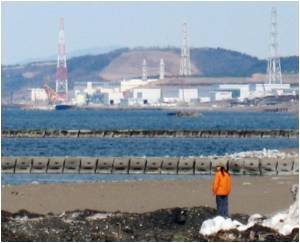 Amid concerns that the radioactive plume from the earthquake-cum-tsunami affected nuclear complex in Japan could spread and lead to serious health hazards across the world, Britain's Sellafield nuclear processing site has been pointed out as one of the major causes of a range of death and cancer cases in nearby areas, by experts and inhabitants of Cumbria.

Sellafield, the world's first commercial nuclear station, stockpiles more spent plutonium than any other similar plant, and water and mud in the adjoining areas of the power station has been contaminated, the Daily Mail reports.

Nuclear Waste Threat Could be Curbed by Hospital Scanner

New research has indicated that medical equipment used for diagnosis of patients with heart disease and cancer could be a key weapon in stopping nuclear waste seeping into the environment.
Advertisement

The paper quoted Martin Forwood, the co-ordinator of the lobby group Cumbrians Opposed To A Radioactive Environment, as saying that the mud that they test regularly "contains low-level nuclear waste."


"There are no warning signs anywhere along the coast. People walk on this shoreline with their dogs and children. The dogs take the contaminated mud back home on their hair. The children carry it on their shoes. It then dries and can be breathed in. Don't tell me this is not a danger to human beings," he added.

Leading Democratic presidential candidates are opposing the Bush administration's plan to store nuclear waste in Yucca Mountain in Nevada.
Advertisement
Anti-nuclear campaigner Janine Allis-Smith believes that the diagnosis of her son with leukaemia in 1983 is a result of him getting exposed to radiation during family trips to the Cumbrian seaside.

"He put handfuls of mud and sand on his head and face. I'm sure Sellafield has something to do with it," she said.

"I know lots of children who've died and whose fathers worked at Sellafield. The graveyard at a church near Newbiggin has lots of graves of children who died in the sixties, seventies and eighties. It was not just leukaemia, but other cancers. Some were stillborn, while other suffered unexplained deaths at a very young age," Allis-Smith claimed.

Another campaigner, Greenpeace's nuclear adviser Jean McSorley who was born in the area, said that she had seen a number of adults go for cancer treatment while growing up, and believes that the nuclear site was the cause of it.

"It is impossible to prove that the illnesses were caused by the fall-out from the fire, but we just knew. At the time, people didn't make a big fuss because the local community was very dependent for employment on the nuclear industry. Free speech was impossible because workers had signed the Official Secrets Act," she added.