Day -2, Hangover Persists in Employees After Boozing All Weekend 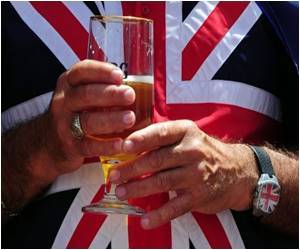 British employees are getting more and more prone to two-day hangovers since they indulge in weekend-long alcohol consumption to relieve stress, reveals a new study.

Stressed out employees start with their alcohol binges on Thursday night and continue until Sunday evening, which implies that many workers then deal with extended hangovers that do not disappear completely till Tuesday afternoon.

Scientists have asserted that stress in fact reduces the intoxicating effects of alcohol, implying that those feeling tensed tend to drink more to feel the same sense of inebriation.


But the binges can make the pressure feel even worse, because alcohol decreases the level of a hormone called cortisol, which the body produces naturally to combat stress, the Daily Mail reported.

Alcohol and driving do not mix. Drunken driving is the cause of many deaths in the world.
Advertisement
Six in ten women admitted that they drank two or more large glasses of wine on a typical night, more than double the recommended daily guidelines.

The two-day hangover is also caused by the fact that almost half of the population is intolerant towards chemicals and toxins found in some cheaper wines and spirits served in pubs.

"When you don't have that much to drink, but you feel like the effects are going on for several days, that's more likely to be food intolerance reactions," Dr Gill Hart, scientific director at YorkTest, a food intolerance laboratory, said.

"These intolerances affect 45 per cent of the population and they can take two days to show up," Dr Hart added.