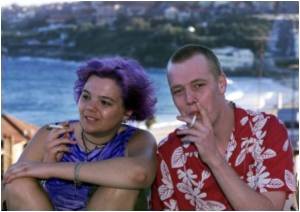 In a shocking case of passive smoking, a 52-year old revealed that she is suffering from a chronic obstructive pulmonary disease, a condition associated with smoking, even though she has never smoked in her life.

"Nobody realised the devastating effects of smoking 50 years ago, they just thought it was fashionable. I'd get up in the morning and the first thing that would hit me when I walked down the stairs was the vile smell of smoke. I would cough and cough until I was nearly sick" she said.


Mitchell added that her lungs are now operating on just 22 percent of their capacity and she needs an oxygen mask to breathe.

Encyclopedia section of medindia briefs you about the History of Tobacco
Advertisement
<< Egg Consumption Not Linked to Diabetes Risk
Single Vaccine for Bunch of Allergies? >>

Smoking And Cancer
News Archive
News Resource
Advertisement
News Category
Milestone In Voluntary Blood Donation Achieved Samsung Reinvents Toilet for the Poor Which is a Better Form of Exercise: Daily or Weekly? First Phase of Foot-and-Mouth Disease Vaccination Shocking News: Polio Cases Return After a Decade in the US
More News
Sign up for Wellness Consult a Doctor Sign up for Selfcare

Post-Nasal Drip The Essence of Yoga Nutam (400mg) (Piracetam) Find a Hospital Loram (2 mg) (Lorazepam) Drug Interaction Checker Selfie Addiction Calculator Pregnancy Confirmation Calculator Blood - Sugar Chart Iron Intake Calculator
This site uses cookies to deliver our services. By using our site, you acknowledge that you have read and understand our Cookie Policy, Privacy Policy, and our Terms of Use