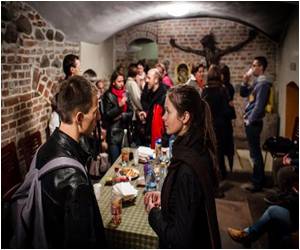 A new study led by a Boston University of Public Health researcher reveals that one in 10 high school youth in the U.S. reports having been hit or physically hurt by a dating partner in the past year. In a study published in the Journal of School Violence, Emily Rothman and Ziming Xuan, faculty at Boston University, analyzed data from 100,901 students who participated in the national Youth Risk Behavior Surveillance System survey (YRBSS) for the years 1999-2011.

They found that 9.3 percent of U.S. high school students have been "hit, slapped, or physically hurt on purpose" by a boyfriend or girlfriend in the past year - an annual prevalence rate that has not changed significantly in the past 12 years. The experience of being hit, slapped or otherwise physically hurt was reported at nearly equivalent rates by males and females who participated in the survey.

There was a statistically significant increased rate of dating-violence victimization among black (12.9 percent) and multiracial (12.2 percent) youth, as compared to whites and Asians (8 percent) or Hispanic youth (10.5 percent). The rate of dating violence victimization remained stable over the 1999-2011 period for both males and females, and for each racial subgroup, despite a number of efforts to curb dating violence in the last decade. That 9 percent of the nation's youth are hurt by dating partners every year is a serious public health concern, given that consequences of such violence can include depression, eating disorders, injury, and in the most severe cases, death, said Rothman, an associate professor of community health sciences at BUSPH.


"While 9 percent may sound low, this figure puts dating violence on par with many of the other public health issues that we tend to view as serious problems, such as obesity, frequent cigarette smoking, or driving after drinking," Rothman said. "The real concern here is that the rate has not gone down at all in the past 12 years, while the rate of physical fighting with peers has decreased significantly. That means that whatever headway we have made in reducing youth violence does not extend to people in dating or sexual relationships." Malcolm Astley, father of Lauren Astley, who was murdered in Wayland, MA, by her boyfriend in July of 2011, said that the new study should serve as a wake-up call to parents and teachers around the nation. "Parents, teachers, counselors and legislators need to do everything they can to prevent dating abuse," said Astley.
Advertisement
"No other family or community should have to go through what we, and thousands of other families, have gone through. "I hope that 10 years from now, dating violence will be a much smaller issue. People facing break-ups should get the direction and education they need to handle their feelings." Rothman said that several programs specifically geared to dating-violence prevention have been tested through randomized controlled trials and shown to be effective. "Our data support the idea that states and communities should invest in these types of prevention programs in order to try to address this problem," she said.

Ghosts may Now Find Their Soulmate, All Thanks to a New Dating Website
A new dating website is now to cater to dead people!...