Data from an AIDS vaccine trial in Thailand was presented to scientists on Tuesday for the first time, confirming the prototype as only a partial shield against HIV but still a pioneering achievement.

Volunteers who received the vaccine had a 31.2-percent reduction in the risk of infection by the human immunodeficiency virus (HIV), Thai and US researchers told an international conference. 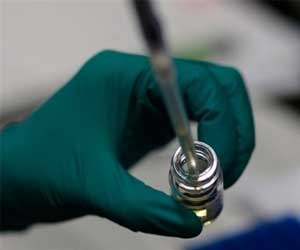 Researchers cautioned that the vaccine was still far from the mark 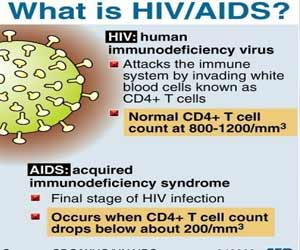 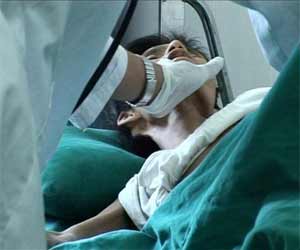 Video: AIDS first came to public notice in 1981 and has since killed at least 25 million people. Duration: 01:22

It marks the first piece of solid good news in the quest for a vaccine against AIDS, which has claimed more than 25 million lives since 1981 and left some 33 million people infected, a tally rising by around 7,400 new cases per day.


The researchers cautioned that the vaccine was still far from the mark -- generally considered to be at least 50-percent protection -- by which it could be distributed to the public.

Statistics tell us that the world HIV+ population has risen drastically from 8 million in 1990 to a whopping 33 million in 2007! Even more alarming is the fact that young people (below the age of 25) account for half of these infections! This is adequate proof for the lack of awareness among the general public even in these modern times. So take our quiz and brush up on the essential facts of HIV/
Advertisement
But, they said, it was an important morale-booster, proving there were ways to prime the immune defences against a stealthy foe.

"From a scientific standpoint, it's definitely a breakthrough. But this is definitely not a public-health breakthrough," Nelson Michael of the US Military HIV Research Programme, who co-led the trial, told AFP.

He added, though: "There was a lot of introspection in the field, up until these results were initially announced and today in detail, about whether or not you would ever have a vaccine that worked.

"I think that those doubts have been dispelled to some degree. The question now is can we actually make one that can become a public-health tool."

Results from the three-year, 105-million-dollar trial were presented to the media in Bangkok on September 24, but had to cross a key credibility hurdle in the scientific community.

The study was published simultaneously in the peer-reviewed New England Journal of Medicine as Michael and his Thai counterpart, Superchai Rerks-Ngarm, made their presentation at the AIDS Vaccine 2009 conference in Paris.

The study recruited 16,395 HIV-negative volunteers, of which 8,197 received the vaccine while the 8,198 others received a harmless lookalike called a placebo.

The vaccine combines two vaccines, ALVAC and AIDSVAX, that were designed some 15 years ago and in separate trials were previously found to be safe but of negligible effectiveness.

The conclusion of 31.2-percent effectiveness derives from the number of people who became infected: 51 in the vaccinated group, against 74 in the placebo group.

The researchers acknowledged that the number of infections overall was low, but said the outcome was still statistically significant.

Protection also appears to be rather lower for people at higher risk of HIV infection and seemed to wane after the first year following vaccination, according to the trial data.

"This is a proof-of-concept vaccine," said Michael's colleague, Jerome Kim.

In addition to the Thai vaccine, scientists were advancing on identifying potent antibodies that could intercept the AIDS virus as soon as it entered the body, he said.

Berkley said the mounting cost of keeping millions of people alive on anti-HIV drugs highlighted the need for a vaccine.

"We can't treat our way out of this epidemic," he said.

An experimental AIDS vaccine has for the first time cut the risk of infection, researchers said Thursday, hailing at a medical breakthrough in the quarter-century battle against the disease.
Advertisement
<< New Health Insurance Bill Will Fix Some Glaring Anomalies: A...
Researchers Optimizing Progesterone for Brain Injury Treatm... >>