A new field of medical research is viewing the emergence of modern epidemics like asthma and obesity through the prism of Charles Darwin's 150-year-old theory of evolution.

In focus at a World Health Summit, which finished Sunday in Berlin, was evolutionary or Darwinian medicine, which aims to help doctors and medical researchers recognise that humans have evolved down the ages. 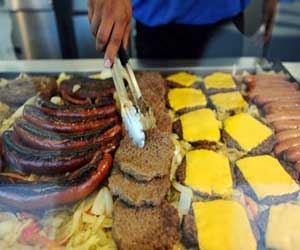 Fried food is prepared for customers in Gaithersburg, Maryland 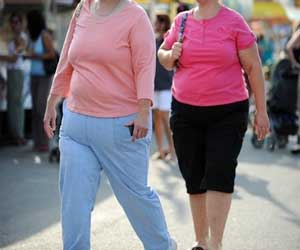 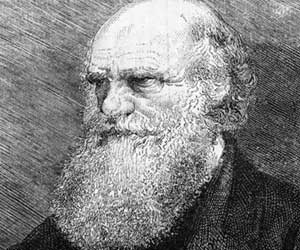 The body "is not a machine, like a machine designed by engineers, it is shaped by natural selection and has flaws in different pieces," said Randolph Nesse, a pioneer in the field from the University of Michigan.


These flaws make people "extremely vulnerable," he said at the summit, the first ever, involving 700 delegates from over 60 countries.

"This rapidly growing field of medical research is deeply significant both for medicine overall and for public health care policies, especially the implementation of preventive measures, which are key to stabilising our health care systems," Nesse said.

The BMI calculator helps you assess your weight indicating if it is normal or if you are underweight or overweight, based on your height.
Advertisement
A key area of focus in Darwinian medicine is the emergence of modern epidemics like asthma and obesity -- modern diseases resulting from changes in the environment which our bodies cannot evolve quickly enough to.

And these rapid changes in our environment can also be the result of human activity, and even caused by efforts to eradicate other diseases.

"The epidemic of asthma worldwide may be directly related to our very effective world health efforts to eliminate worms from people," Nesse suggested.

Kathleen Barnes, summarising the work of a dozen or so researchers from around the world, pointed out that improved standards of hygiene could explain why societies in the rich world have become more susceptible to asthma, to allergies and to auto-immune diseases.

Humans in less developed, poorer societies, "where parasites and microbial infections are high," have lower instances of such ailments, Barnes said in Berlin.

One reason for the obesity epidemic in the West, meanwhile, is the prevalence of high-fat, high-calorie fast food, said William Leonard from Northwestern University in the United States, reporting on another two-day workshop held in Berlin.

But viewed over the long term, it results from the failure of the human body to evolve sufficiently to cope with the disconnect between the growing abundance and richness of food and the declining expenditure of energy needed to obtain it since prehistoric times, Leonard suggested.

Dan Stein from the University of Cape Town in South Africa summarized research on anxiety and depression, and said it was important to make a difference between illness and normal defence mechanisms.

Before giving a speech in public, the body prepares itself for the experience in the same way as it would when confronted by danger, even though a public speaker is not going to be physically attacked by his audience, Stein said.

And depression felt after bereavement or a natural catastrophe is "perfectly normal". He indicated that treating systematically all victims of catastrophes or attacks with cognitive behavioral therapy may be in fact counterproductive.

Alongside scientists and doctors, the World Health Summit involved participants from the worlds of politics, industry and non-governmental organisations, with the aim of raising standards of health around the planet.

It's a lung condition characterized by inflammation of the bronchi and constriction of the airways that result in coughing, wheezing or breathlessness. Allergy and other airway irritants can trigger it
Advertisement
<< New Vasculitis Therapy may Help Patients Keep Infertility, C...
Brit Men Last Longer In Bed Than Foreigners >>

Blood - Sugar Chart The Essence of Yoga Find a Doctor Calculate Ideal Weight for Infants Diaphragmatic Hernia Hearing Loss Calculator Blood Donation - Recipients Find a Hospital Accident and Trauma Care Loram (2 mg) (Lorazepam)
This site uses cookies to deliver our services. By using our site, you acknowledge that you have read and understand our Cookie Policy, Privacy Policy, and our Terms of Use