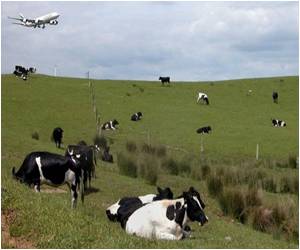 New Zealand dairy giant Fonterra bungled its response to a food contamination scare because it was more concerned with market share than public safety, reveals an official inquiry.

While it turned out to be a false alarm, Fonterra's delay in responding to the crisis -- it took more than two weeks to track down all products -- was "seriously deficient", the inquiry found.


"Fonterra was not ready for a crisis of this magnitude," the inquiry, headed by Food Safety Authority of Ireland chief Alan Reilly, said.

"It had placed the nurturing of a genuine food safety culture in the company on the back-burner and concentrated its attention on production and market share."
Advertisement
The report noted past contamination issues involving Fonterra -- including a 2008 incident when Sanlu, a Chinese company it part-owned, illegally laced milk with the chemical melamine, resulting in six children dying and 300,000 more falling ill.

The company is the world's largest dairy exporter, accounting for more than 20 percent of New Zealand's exports and playing a vital role in the small country's farm-reliant economy.

The government, which has already fined Fonterra over its role in the crisis, ordered an inquiry into how last year's bungle happened, the company's reaction and the best way to prevent a repeat.

Primary Industries Minister Nathan Guy said he was implementing reforms to improve crisis management in the food industry but the report made it clear that Fonterra was at fault, not the government.

"It lays the blame at the feet of Fonterra. Fonterra made a chapter of errors along the way," he told reporters.

Fonterra's communications tactics "were neither well conceived nor coordinated" the report found, calling aspects of the company's response "a public relations disaster".

The New Zealand public's first warning of a potential problem was a statement released in the middle of the night that failed to mention botulism or the threat to infant formula until the ninth paragraph.

In addition, the report said conflicting advice from the company as the crisis unfolded eroded its credibility both with the New Zealand government and international consumers.

Fonterra chief executive Theo Spierings acknowledged the report's release and said: "At the time of the recall, we did what was right based on the evidence we had."

Fonterra to Extend the Offer of Free Milk to 350,000 Primary Schools
The success of their pilot programme in Northland primary schools has inspired Fonterra to extend .....