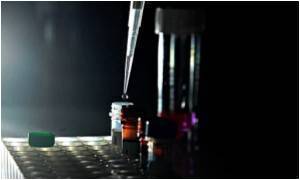 New light has been shed on the painting technique that allowed Renaissance master Leonardo da Vinci to give the Mona Lisa such an extraordinary delicate charm by French scientists.

Working with an X-ray scanner, scholars at the Louvre were able to detect each layer of glaze, paint and pigment in seven of Leonardo's masterpieces, and reconstruct his painstaking shading technique, known as "sfumato".

"Minute observations, optical measurements and reconstitutions have already described the 'sfumato', but new analysis can confirm the procedure of this technique," said a statement from the state CNRS research institute.


One of the reasons why the Mona Lisa remains renowned to this day as a great portrait is the lifelike shadows and tones that give her enigmatically smiling face a sense of depth and reality.
Advertisement
According to the scientists who were able to study the layers of work that went into the paintings without damaging them by extracting actual samples, the shadows were built up by dozens of translucent layers of glaze.

Each layer was only one of two micrometres thick, but each contained a carefully dosed amount of pigmentation.

This was a new technique in the Renaissance, and part of the reason Leonardo and his contemporaries were able to make what had been the once flat images of the Middle Ages appear to leap from their frames into photo-like reality.

"The results obtained in this study help to understand Da Vinci's search towards making his art look alive," the statement said.

In addition ot the Mona Lisa, the scientists studied Leonardo's Virgin of the Rocks, Saint John the Baptist, Annunciation, Bacchus, Belle Ferronniere, Saint Anne and the Virgin and the Child.

In each case they were able to probe the 500-year-old masterworks without even taking them down from the walls of the famous Louvre Gallery in Paris, by beaming an X-ray fluorescence spectroscope at the canvas.