Cyprus to Try for Casino Resort Licence in 2015 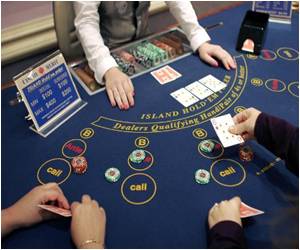 Cyprus plans to issue a first-ever licence for a casino resort in the government-held south of the Mediterranean island by next spring, announced on Thursday.

There have long been casinos in the breakaway Turkish Cypriot north of the island, but opposition from the influential Greek Orthodox Church and misgivings among many Greek Cypriots about the social dangers of gambling have kept them out of the south.

Commerce Minister George Lakkotrypis told reporters a bill to regulate casinos will be submitted to parliament later this month and, once approved, the fast-track licence process will take eight months.


"We estimate that the first licence will be issued in around March or April of 2015," said Lakkotrypis, although it was unclear when the first casino would actually open.
Advertisement
Creating a super casino ?- with smaller branches in other towns ?- is seen as crucial to help ease record unemployment in the recession-hit eurozone country.

A resort casino is also expected to boost tourism revenue, a main contributor to the debt-ravaged economy.

MPs are expected to approve legislation to end the ban on casinos, despite objections by main communist opposition party Akel.

A plan approved by the cabinet last year foresees a single super-casino resort, intended to attract big spenders to a country more dependent than ever on tourism after its once lucrative banking sector was ravaged by the eurozone debt crisis.

International lenders are currently on the island for the latest review of Cyprus's economy following a 10 billion euro ($14-billion) loan in March 2013.

Historic Mass in North Cyprus Looks Miraculous
The glimmer of devotional candles and the flash of smartphone cameras are evident in the nighttime ....

Tourism may Boost Economy in Cyprus
With the tourism spending more than 1.95 billion euros in just 10 months in Cyprus, there is hope .....