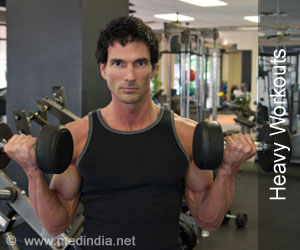 A new study has found out that a cyber partner can also motivate a person to perform more during workouts.

A researcher from Michigan State University said that though a human partner is a better inspiration for workouts, a software-generated partner can also go a long way in inspiring one to perform.

"We wanted to demonstrate that something that isn't real can still motivate people to give greater effort while exercising than if they had to do it by themselves," said Deborah Feltz, a University Distinguished Professor in MSU's kinesiology department, who led the study with co-investigator Brian Winn, associate professor in MSU's College of Communication Arts and Sciences.


For the study, the researcher used Köhler Motivation Effect, according to which people who are not so good at workouts perform better with a moderately better partner or team compared to working out alone.
Advertisement
The scientist used "CyBud-X", an exercise game specifically developed for the study, for 120 college-aged participants. The study proved that those with partners exhibited significant motivational gain.

On the basis of this sport psychology, the research will now motivate software and video game firms to go for cyber buddy programmes.

Scientists Say Amount and Not Frequency of Exercise That Matters
Exercising once a week has equal benefits as daily workouts as long as you exercise for 150 minutes ...