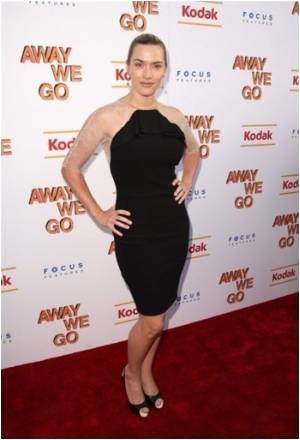 A heavy rear can guarantee your chances of living longer, says a new study.

This means that Jennifer Lopez, Nigella Lawson and Beyonce as well as other curvy women are in great shape to live longer thanks to their well-rounded -figures.

The BMI calculator helps you assess your weight indicating if it is normal or if you are underweight or overweight, based on your height.
Advertisement

Scientists have found that having a big bottom and thighs could help prevent metabolic disorders like heart disease, strokes and -diabetes. The study found that fat apparently grows differently in the upper and lower parts of the adult body, rather than remaining stable in both areas.


Almost 30 men and women in the study were encouraged to gorge on ice-cream, chocolate, sugary drinks and other highly fattening food for eight weeks.

Majority of British men believe that curvy women are better in bed than their size zero rivals, says a survey.
Advertisement
Researchers measured body fat and fat cell size before and after the unhealthy diet regime.

But there was a striking difference in that fat cells around the stomach and heart grew in size - but not number - by producing more fat synthesising proteins. The reverse was true for thigh fat cells in the lower part of the body which increased in number, but did not get bigger.

Dr Michael Jensen, research leader at the Mayo Clinic in Rochester, Minnesota, said the findings challenge the concept that the number of fat cells doesn't vary between the upper and lower body.

It also supports the idea that increased capacity to produce lower-body fat cells creates some form of protection to the upper body and potentially helps to prevent -serious metabolic diseases.

"The cellular mechanisms are different. The accumulation of abdominal fat happens largely by individual cells expanding in size - while with fat gain in the femoral or lower body it is the number of fat cells that increases. So, different mechanism, different impact," the Daily Express quoted Jensen as saying.

In future, drugs that alter the way fat is stored around the body could be used to combat diseases.

The study is published in US journal -Proceedings of the National Academy of Sciences.