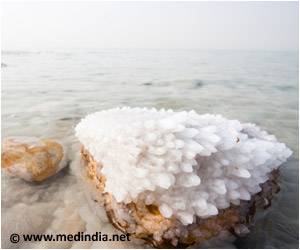 Current salt reduction strategy in England has failed to reduce existing inequalities in salt consumption, cardiovascular disease, and gastric cancer burdens, shows new research conducted by the University of Liverpool in partnership with the universities of Gdansk and Manchester.

Excess dietary salt causes hundreds of thousands of cardiovascular deaths each year. But how to bring salt down, and how much such an effort would cost.
Advertisement
‘Unfortunately, the current UK strategy although effective overall, might potentially increase socioeconomic inequality in gastric cancer because awareness campaigns, food labelling and voluntary reformulation can be more effective among the more health conscious, affluent individuals.’
Tweet it Now

Since 2003, the UK has had one of the world's most successful salt reduction strategies, including public awareness campaigns, food labelling and 'voluntary' reformulation of processed foods.

National policies to reduce excess salt intake can be highly cost effective for lowering blood pressure and reducing heart disease.
Advertisement
Between 2001 and 2011, the mean salt consumption in the UK dropped from 9.5 to 8.1 g/day --a success, however, still far from the national target of 6 g/day.

The modelling study, which was led by researchers from the Liverpool Cancer Inequalities Research Network, examined the impact and equity of existing and potential UK salt reduction policies on primary prevention of cardiovascular disease and gastric cancer in England.

For the first part of the study researchers compared the impact between 2003 and 2015 of the current policy against a counterfactual 'no intervention' scenario, which assumed salt consumption persisted at pre-salt reduction strategy levels (pre-2003).

The full study has been published in the British Medical Journal OPEN this month.

Post-Meal Sleepiness Is Due To Salt and Protein In Food

Post-meal sleep hinges on the size of the meal and high intake of protein and salt.
Advertisement

Salt is substance existing in water as well as in foods. The article discusses the major risks involved in ...

Salt is essential for the proper functioning of body but most of us generally exceed the intake of salt than ...
This site uses cookies to deliver our services.By using our site, you acknowledge that you have read and understand our Cookie Policy, Privacy Policy, and our Terms of Use  Ok, Got it. Close
×