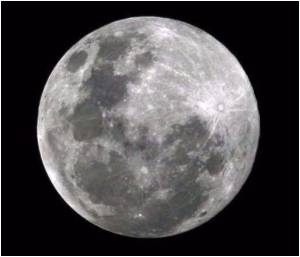 Mars rover Curiosity will undergo 'brain transplant' with a software upgrade to prepare for new tasks ahead, says NASA.

The upgrade will take place as part of a series of steps to prepare the rover for its future tasks such as driving and using its strong robotic arm, Xinhua reported Friday.

A new version of software will be installed in the rover's redundant main computers, according to Jet Propulsion Laboratory (JPL), California.


"We designed the mission from the start to be able to upgrade the software as needed for different phases of the mission," said Ben Cichy, chief software engineer for JPL.

Defying the old adage promoted in 1992 bestseller 'Men are from Mars, Women are from Venus', a new book has claimed that the two genders are actually from the same planet.
Advertisement
"It gives us basic capabilities for operating the rover on the surface, but we have planned all along to switch over after landing to a version of flight software that is really optimized for surface operations," Cichy explained.

Image processing to check for obstacles is the key for the new software, which allows for longer drives by giving the rover more autonomy to identify and avoid potential hazards and drive along a safe path the rover identifies for itself, according to JPL.

Other new capabilities will facilitate the use of tools at the end of the rover's robotic arm.

While Curiosity is completing the software transition, the mission's science team is continuing to analyze images the rover has taken of its surroundings in Gale Crater.

Curiosity will also use a drill and scoop to gather soil and powdered samples of rock interiors to study if there were any signs of life on the planet.

You can now get the feel of how a spacecraft travels through space right on your smartphone.
Advertisement
<< Study Says Adolescents Consuming Less Iron, Vitamins
World's First Eyeless Spider Discovered >>