Numerous exposures such as viral infections, indoor as well as outdoor allergens and ambient pollution contribute to the development of asthma in childhood and the persistence of asthma in adulthood.


Researchers at Boston University School of Medicine (BUSM) revealed that exposure to both HDE and DEP showed increased mucus production and higher airway resistance compared to exposure to only HDE.

"The highlight of our study is that you can remove some of the allergen exposure by cleaning, but DEP's are especially hard to avoid in urban environments," explained Jiyoun Kim, PhD, professor of pathology, who led the study.

According to the professor, this research also shows a direct link between air pollution and exacerbation of pre-existing pulmonary diseases, like asthma.

"We haven't reached a medicinal solution yet, but this study reveals that there could be a tangible therapeutic target and that anti-oxidative treatment could be beneficial to asthmatic patients, especially those with increased exposure to air pollutants," Kim concluded.

The finding was published in the December issue of The American Journal of Pathology.

A Lot of Household Dust Actually Comes from the Outdoors
Ever wondered from where does this dust on furniture comes from? Well, scientists have found the answer for you.
READ MORE 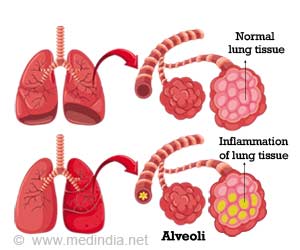