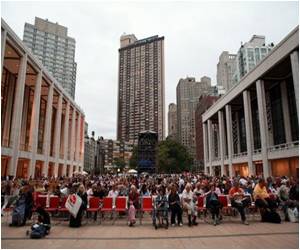 State media reveals that private movie theaters and video arcades, which have sprung up across Cuba in recent months, are not among occupations sanctioned by recent government reforms and must shut down.

Dozens of home movie theaters and video parlors have popped up since communist Cuba began allowing some measure of private employment, as part of a gradual reform of its Soviet-style economy.

President Raul Castro in 2010 introduced the reforms in an effort to rescue the foundering Cuban economy, including deep projected cuts in the number of workers employed by the state.


But the Juventud Rebelde and Granma official newspapers wrote over the weekend that home-run movie theaters and video game parlors "were never authorized by the government."
Advertisement
Enterprising Cubans who had opened up such establishments had done so, the newspapers said, "under the cover of other licenses, such as licenses to open up a restaurant," since food and snack items often are sold along with the entertainment.

Among the types of theaters which have proven popular here are those showing 3D movies with projectors imported from overseas.

Makeshift video arcades, meanwhile, have been popular with Cuban young people who until recently had never experienced the thrill of computer games.

Last month, Havana cracked down on another illegal business -- that of selling imported clothing.

In that case, clothing merchants had been misusing a license that allows Cubans to sell their clothing made by their own hand, the government said.

"These measure are needed to ensure the continued viability of independent workers" inside of Cuba, the government statement said.

Havana said store owners have until the end of this year to clear the offending imported merchandise from their stores, or risk being shut down.

Around the time that the labor reforms were enacted, in 2010, there were just 157,000 independently employed Cubans.

Official data now show that there are some 442,000 Cubans are privately employed in one of about 200 sanctioned professions, mostly as owners of small restaurants, beauty parlors, taxi drivers and other trades.

Theater Could Help Improve Social Perception of Autistic Kids
Theatre could be an effective way of teaching and improving social perception of adolescents with .....