Cryotherapy Is the Best Treatment Option for Common Warts 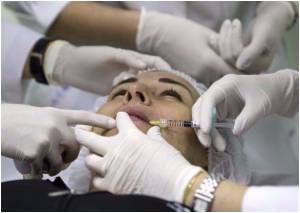 Cryotherapy with liquid nitrogen is the most effective method to remove common warts, found a study published in CMAJ.

The study, a randomized controlled trial, looked at 240 participants aged 4 to 79 in the Netherlands. The patients were assigned to three groups: cryotherapy with liquid nitrogen every two weeks, daily self-application of salicylic acid or a wait-and-see approach.

Warts are a common childhood complaint, present in up to one-third of primary school children, which can cause discomfort. About 6% of children and 2% of the general population seek help from their family physician each year. Cryotherapy with liquid nitrogen is the most frequent treatment followed by application of salicylic acid to the skin.


If a wart was no longer visible, with skin colour and lines re-established, and could not be felt, it was considered cured. Cure rates for patients with common warts (mostly located on hands) with cryotherapy were 49%, 15% in the salicylic acid group and 8% in the wait-and-see group.

Skin types can range from oily to dry, extreme dryness accompanied by rashes and itching can often denote the presence of a skin problem or skin disorder.
Advertisement
"Despite the fact that cryotherapy caused more frequent and more severe side effects than salicylic acid, patients were most satisfied when treated with cryotherapy," writes Dr. Sjoerd Bruggink with coauthors.

"Although earlier evidence favoured salicylic acid application above cryotherapy, the present randomized controlled trial is the first that provides evidence to support the use of cryotherapy above salicylic acid, however, for common warts only," the authors conclude.

Uterine fibroids are non-cancerous tumors that take origin from the myometrium and the neighboring tissue of ...

Warts arise on damaged skin infected with HPV and are common in children, young adults, and those with a ...