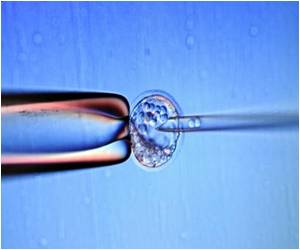 The shift from egg cell to embryo is a critical juncture in any animal's lifecycle.

This transition represents the formal initiation of developmenta remarkably dynamic process that ultimately transforms a differentiated, committed oocyte to a totipotent cell capable of giving rise to any cell type in the body.

An investigation over an embryo mix-up at an assisted reproduction center that resulted in a woman getting pregnant with another couple's embryos has been initiated.
Advertisement

Induction of totipotency (as well as the pluripotency characteristic of embryonic stem cells) requires dramatic changes in gene expression. To date, investigations of such changes have largely focused on transcription, when DNA strands are copied into the messenger RNA (mRNA) that is subsequently translated to produce the proteins essential for proper cellular function. Yet, as Whitehead Institute Member Terry Orr-Weaver is quick to remind, at this crucial moment in life, transcription is absent.


"At the start of development, there are mechanisms other than transcription for restoring potency." Orr-Weaver says. "There are massive changes in translation accompanying the onset of development."

A new study has found that NGS in screening embryos for genetic diseases in patients having invirto fertilization could be an effective method of selecting the best embryos to be transferred
Advertisement
Recognizing the importance of translation, Orr-Weaver and her lab set out to document these "massive changes"and their regulatorsin what would be an equally massive, nearly four-year undertaking. The lab conducted perhaps the most comprehensive look yet at changes in translation and protein synthesis during a developmental change, using the oocyte-to-embryo transition in Drosophila as a model system. En route, the researchers, whose results are reported this week in the journal Cell Reports, deployed three sophisticated analytical techniques: global polysome profiling to measure active translation for thousands of mRNAs; ribosome footprint profiling to determine how efficiently each mRNA is being translated; and quantitative mass spectrometry to measure changes in protein levels at the oocyte-to-embryo transition.

"This is the first time all three pieces have been put together," Orr-Weaver says. "This comprehensive approach was crucial for gathering the insights we did."

Among those insights is the surprisingly large number of mRNAs that are translationally regulated. Approximately one thousand mRNAs were found to be upregulated, with several hundred more downregulated during this transition. Another surprise is the emergence of the protein kinase complex known as PNG as a major regulator of the observed translational changes. In earlier work, the Orr-Weaver lab had shown that the PNG kinase is necessary for the initiation of mitosis in a fertilized embryo (as opposed to the meiosis that occurs in oocytes prior to egg activation) by promoting the synthesis of Cyclin B, which is required for entry into mitosis. Subsequent work suggested that the PNG kinase's regulatory effects might be limited to activating translation of a small number of targets. This latest research, however, finds PNG acting globally, affecting translation both positively and negatively.

"For me this was unexpected," says Iva Kronja, a postdoctoral researcher in the Orr-Weaver lab and first author of the Cell Reports paper. "We knew of three mRNAs that were regulated by PNG, but these results suggest that at the oocyte-to-embryo transition, PNG controls translational status of at least 60% of translationally activated and perhaps 70% of translationally inhibited mRNAs."

Both Kronja and Orr-Weaver say this key finding shows the value of studying translation globally to record what is referred to as the "translatome". Yet the translatome provides only part of the picture. The rest is revealed through quantitative analysis of changes in the protein levels that shape the proteome. Here, too, a few surprises emerged.

The scientists discovered a set of roughly 60 mRNAs whose translation was upregulated without a corresponding increase in the levels of protein produced. This apparent paradox suggests that at the oocyte-to-embryo transition, protein degradation is occurring simultaneously with translational activation. Such compensation could maintain overall protein levels while "resetting" the proteome at restoration of totipotency, delivering proteins in a form that is optimal for embryogenesis. Kronja believes there's a quality-control aspect to this balancing act.

"I see this process as preparation for a dynamic and intense period of development," says Kronja. "Its purpose may be making sure that the right components with the right modifications are in place for embryonic development."

Orr-Weaver notes that this latest work has opened a number of new research avenues for her lab, including trying to determine whether previously unidentified proteins are regulating the switch from meiosis to mitosis at this key transitional moment.

"We found new proteins whose function has been unknown," says Orr-Weaver. "But from the dynamic changes in their levels that we observed, they may be candidates that are responsible for flipping that switch."

The human embryonic stem cells must remain undifferentiated to be suitable for medical transplantation
Advertisement
<< Eye Cancer Caused by 2 Gene Mutations
Study Shows How Misfolded Proteins are Selected for Disposa... >>

Drug Side Effects Calculator Pregnancy Confirmation Calculator Calculate Ideal Weight for Infants Drug Interaction Checker Sanatogen Sinopril (2mg) (Lacidipine) The Essence of Yoga Vent Forte (Theophylline) Nutam (400mg) (Piracetam) Drug - Food Interactions
This site uses cookies to deliver our services. By using our site, you acknowledge that you have read and understand our Cookie Policy, Privacy Policy, and our Terms of Use