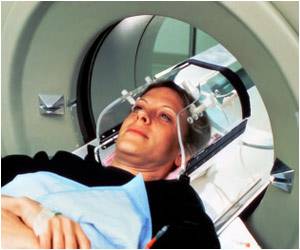 Giant Cell Arteritis (GCA), a condition in which medium and large arteries mainly in the head and neck, become inflamed and narrowed, can cause blindness due to occlusion of the artery supplying the back of the eye. It is therefore essential that a prompt, accurate diagnosis of GCA is made and treatment with high dose steroids started as soon as possible. Currently there are no 100% accurate diagnostic tests for GCA. Patients typically present with severe headache and scalp tenderness located to one or both sides of the forehead. However, GCA can be difficult to distinguish from other less serious causes of headache.

In this study, cranial ultrasound was the strongest predictor for a diagnosis of GCA when results were evaluated against a confirmed clinical diagnosis at three months. In contrast, the existing American College of Rheumatology (ACR) criteria that include TAB, when used alone, were insufficiently specific to accurately predict or exclude the diagnosis of GCA at three months. Relying on ACR criteria alone would therefore be leaving patients at risk of missing out on potentially sight-saving steroid treatment, or of being treated with high dose steroids unnecessarily. "Although temporal artery biopsy (TAB) has historically been considered the 'gold standard' diagnostic test for GCA, the exciting results of this new study suggest cranial ultrasound may soon replace TAB in the assessment of patients with a suspected diagnosis of GCA in routine clinical practice," said lead author Dr Adam Croft from the Centre for Translational Inflammation Research, University of Birmingham, UK.


"Patients with symptoms and signs of GCA can now be offered a much simpler, more accurate diagnostic test. The high predictive accuracy of cranial ultrasound over temporal artery biopsy indicated that temporal artery biopsy may now be unnecessary, particularly where clinical suspicion of GCA is high or quite low," Dr Croft added.
Advertisement
Out of a total of 87 patients who underwent cranial ultrasound for suspected GCA, 36 patients (41%) had a confirmed clinical diagnosis at the three month follow-up. Of the 30 patients who had a positive cranial ultrasound, 29 (96%) went on to have a confirmed diagnosis of GCA at three months. Of the 36 patients with more than three ACR criteria, only 21 (58%) had a diagnosis of GCA confirmed at three months.

"Being able to reliably confirm the diagnosis is important not just to ensure those patients with GCA receive high-dose steroids to help prevent blindness, but also to prevent patients who don't have GCA continuing high-dose steroid therapy unnecessarily. High doses of steroids can cause a variety of unpleasant side effects including weight gain, infection risk, osteoporosis and fracture risk, high blood pressure, diabetes, cataracts," Dr Adam Croft explained.

In this study, all patients undergoing cranial ultrasound between January 2005 and July 2013 were identified and clinical data obtained from electronic records, and, if necessary primary care providers. ACR criteria for GCA were used to classify patients.

Ultrasound reports were independently classified according to whether there was evidence of an arteritis or not. Explicit ultrasound features of GCA, such as a halo sign were not required to make this determination. The relationship between the ACR criteria alone or in combination with ultrasound and a final clinical diagnosis of GCA (made after a minimum of three-month follow-up) was analysed. A clinical diagnosis of GCA after three months of follow up served as the gold standard. The sensitivity and specificity of cranial ultrasound and of TAB were examined against this gold standard.