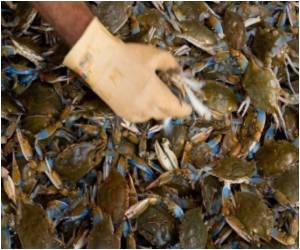 Generally, mould fungi are not pleasant; however they can now be used as `chemical factories`. Scientists at the Vienna University of Technology have succeeded in introducing bacterial genes into the fungus Trichoderma, so that the fungus can now produce important chemicals for the pharmaceutical industry. The raw material used by the fungus is abundant - it is chitin, which makes up the shells of crustaceans.

Viral Infections are usually treated with antiviral drugs, which are often derived from N-Acetylneuraminic acid (or NANA, for short). NANA, which can be obtained form natural sources or synthesized, is fifty times more valuable than gold - it is sold for around 2000 Euros per gram. A research team at Vienna UT, led by biotechnologist Astrid Mach-Aigner, has now found a new, eco-friendly way to produce NANA. The vast knowledge about the genetics of the fungus Trichoderma accumulated at Vienna UT over the years was crucial for the project.

The fungus Trichoderma is very common. It lives in soil, in meadows and trees. "We knew that Trichoderma can degrade chitin - that's what the fungus naturally does in soil", says Astrid Mach-Aigner. This made Trichoderma a viable candidate for the research project. In order to get the fungus to produce the desired chemical product, bacterial genes had to be introduced into its genome. "Usually, Trichoderma breaks down chitin to monomer amino sugars", says Mach-Aigner. Due to the new genes, two extra reaction steps are now possible - and eventually the desired pharmaceutical N-Acetylneuraminic acid is produced.
Advertisement
Chitin as a Natural Resource

Chitin is, after cellulose, the most abundant biopolymer on earth. It is found in the carapaces of crustaceans, in the shells of insects, snails and cephalopods and in the cell walls of fungi. It is estimated that in the sea alone, ten billion tons of chitin are formed every year - several hundred times more than the cumulated body mass of all people on earth. This makes chitin a very sustainable resource for chemical synthesis.

The newly developed Trichoderma line can now be cultivated in bioreactors and produces the precious acid NANA from chitin. The process has now been patented by the Vienna University of Technology and will be used for the cheap and eco-friendly production of pharmaceuticals on an industrial scale in the near future.