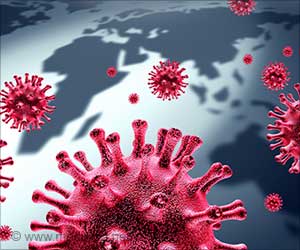 Infectiousness of covid-19 patients peaks in the first week after onset of symptoms, according to a new study. This study highlights the need for rapidly identifying and isolating cases to control the spread of the virus. The findings of the study are published in the journal The Lancet Microbe

Meta-analysis was used to assess 98 studies on Covid-19, SARS, and MERS. The study was conducted to determine the reason why covid-19 spread rapidly in comparison to the earlier diseases

Advertisement
‘Infectiousness of Covid-19 patients peaks in the early stages of symptom onset, highlighting the need to identify and isolate cases before the virus spreads rapidly.’

Study lead author Muge Cevik from the University of St. Andrews in the UK stated, "This is the first methodical review and meta-analysis that has comprehensively studied and compared viral load and shedding for these 3 human coronaviruses."


Cevik added, "It provides a clear reason for why SARS-CoV-2 spreads more efficiently than SARS-CoV and MERS-CoV and is so much tougher to contain."
Advertisement
The researchers covered 98 studies that had 5 or more participants, cohort studies, and randomized controlled trials, 79 focussed on SARS-CoV-2, 73 of which included hospitalized patients only, 8 on SARS-CoV, and 11 on MERS-CoV infection.

From these studies, the authors calculated the average length of viral RNA shedding. They examined the changes in viral load and the success of isolating the live virus from numerous samples collected throughout an infection.

Of the 11 studies that attempted to isolate the live virus, all 8 studies included that used respiratory samples succeeded to culture viable virus within the first week of illness.

Of the studies that also measured RNA viral load, these demonstrated a link between the success of isolating the live virus with viral load levels.

These findings suggest that repeat PCR testing may not be needed in clinical practice to deem that a patient is no longer infectious, as this could remain positive for much longer and does not necessarily indicate they could pass on the virus to others.

Cevik added, "In patients with non-severe symptoms, their period of infectiousness could instead be counted as 10 days from symptom onset."

Coronavirus: Mother-to-Child Vertical Transmission Routes Identified
Vertical transmission routes of coronavirus from mother to newborn have been identified and defined ...

Watch Out: Deadly Coronavirus may Lurk in Kids Toys and Play Equipment
Stay away from playgrounds: COVID-19 can stick on to kids' toys and play equipment. So, make your .....

Green Fungus
Green fungus or Aspergillosis is caused by a common mold, which exists both indoors and outdoors. Ev...