In Kerala, a total of 7,983 people have tested positive for coronavirus, taking the total number of Covid-19 positive cases in the southern state beyond 91,000, officials said.


Across the state 2,91,440 people were under observation at various places, which includes 22,381 people at hospitals.

Earlier on Saturday, seven district collectors decided to extend the prohibitory orders under Section 144 of the CrPC to prevent public congregations and gatherings until November 15.

On October 3, the state government had decided to impose prohibitory orders till October 31 in 14 districts, apart from preventing the assembly of more than five persons at a place. 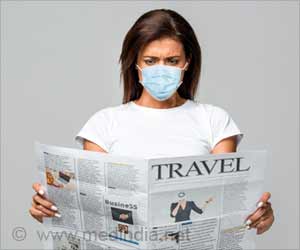 COVID-19: Global Coronavirus Cases Nearing 46 Million
The overall number of global coronavirus cases was nearing the 46 million mark, while the deaths have surged to almost 1,193,860, according to the Johns Hopkins University.
READ MORE

COVID-19 in US: Record High Single-Day Total As Cases Surpass 9 Million
The United States has recorded over 90,000 coronavirus cases, the record high single-day total since the onset of the pandemic in the country.
READ MORE