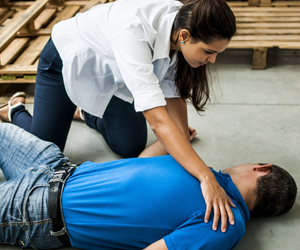 Coronaviruses infect animals, humans, and birds. Human coronaviruses, such as SARS, MERS, and 2019-nCoV cause respiratory distress and even death. The S protein is the infectious agent of the virus.
Advertisement
‘Delhi government is taking necessary steps to tackle the rise in fatalities due to COVID-19.’
Read More..

The rise in death rate could be due to the sudden spike in daily infections. The ministry is in coordination with the Delhi government to control the situation.


"We are actively engaging with the Delhi government and taking the necessary steps to tackle the situation. Many meetings have taken place with Delhi LG in this regard," said Rajesh Bhushan, Secretary at the Union Health Ministry.
Advertisement
Besides, Delhi also found a place among the five states and Union Territories, which accounted for 70 per cent of the total deaths to have occurred due to COVID-19 with Maharashtra sharing the maximum toll.