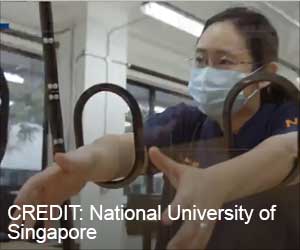 COVID-19 mortality risk in the United States, researchers estimate an infection fatality rate more than double estimates from other countries.

Researchers estimate an overall infection fatality rate (IFR) of 1.45 percent in New York City, from March 1-May 16, 2020in other words, between 1 and 2 percent of New Yorkers infected with COVID-19 including those with no or mild symptoms died during this period.

The new estimate is more than double the IFR previously reported elsewhere (e.g., about 0.7 percent in both China and France where most IFR estimates have come from). So far, IFR in the U.S has been unclear.


‘These dire estimates highlight the severity of COVID-19 in elderly populations and the importance of infection prevention in congregate settings.’

Younger people had far lower chances of dying from the disease: 0.011 percent among those younger than 25 and 0.12 percent among 25-44-year-olds. However, risk to young people should not be taken lightly, especially given cases of post-infection Multi-system Inflammatory Syndrome in Children, the researchers caution.

"These dire estimates highlight the severity of COVID-19 in elderly populations and the importance of infection prevention in congregate settings," the authors write.

"Thus, early detection and adherence to infection control guidance in long-term care and adult care facilities should be a priority for COVID-19 response as the pandemic continues to unfold."

New York City has among the most complete and reliable data on COVID-19 deathsspecialists review all death certificates and rapidly record deaths into a unified electronic reporting system.

For this reason, the new estimate likely more accurately reflects the true higher burden of death due to COVID-19. Further, given the likely stronger public health infrastructure and healthcare systems in New York City than many other places, the higher IFR estimated in the new study suggests that mortality risk from COVID-19 may be even higher elsewhere in the United States, and likely other countries as well.

"It is thus crucial that officials account for and closely monitor the infection rate and population health outcomes and enact prompt public health responses accordingly as the pandemic unfolds," the authors write.

"As the pandemic continues to unfold and populations in many places worldwide largely remain susceptible, understanding the severity, in particular, the IFR, is crucial for gauging the full impact of COVID-19 in the coming months or years."

About the Model and Its Uncertainties

During the pandemic, the Columbia Mailman School of Public Health and the New York City Department of Health and Mental Hygiene have been collaborating in generating real-time model projections in support of the city's pandemic response. Weekly projections are posted on Github.

In the current study, researchers used a computer model to analyze mortality data, including 191,392 laboratory-confirmed COVID-19 cases and 20,141 confirmed and probable COVID-19 deaths occurred among New York City residents from March 1-May 16, 2020. The model, which was developed to support the City's pandemic response, estimated IFR based on case and mortality data combined with mobility information from cell phone data used to model changes in COVID-19 transmission rate due to social distancing.

The model includes a number of uncertainties on questions such as the number of New Yorkers initially infected and the movement of people between New York City neighborhoods.

The model's estimates are in line with serology surveys (e.g., 19.9 percent positive in New York City, as of May 1, 2020, likely from testing of 25-64-year-olds). In addition, spatial variation estimates were in line with other reports (i.e., highest in the Bronx and lowest in Manhattan).

Estimating the IFR is challenging due to the large number of undocumented infections, fluctuating case detection rates, and inconsistent reporting of fatalities. Further, the IFR of COVID-19 could vary by location, given differences in demographics, healthcare systems, and social construct (e.g., intergenerational households are the norm in some societies whereas older adults commonly reside and congregate in long-term care and adult care facilities in others).

This study was supported by the National Institute of Allergy and Infectious Diseases (AI145883), the National Science Foundation Rapid Response Research Program (RAPID; 2027369), and the NYC DOHMH.