COVID-19 can be Effectively Treated With Combination of Antibodies 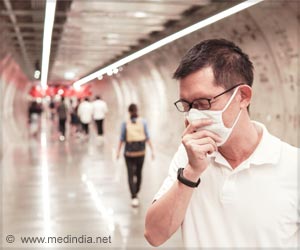 In prevention and treatment of COVID-19, pair of antibodies are more effective than single antibodies. The antibodies act not only by blocking SARS-CoV-2's entry into cells, but it also employs various types of white blood cells to fight the infection.

The study was conducted by researchers at the University of North Carolina at Chapel Hill and The Rockefeller University in New York and was published in the Journal of Experimental Medicine.

Pfizer is moving ahead with the request of asking the US regulators to allow emergency use of its coronavirus vaccine.
Advertisement
‘Combination antibodies more effective in treating and preventing COVID-19 as they are able to target different spike proteins and can activate various white blood cells (WBCs). This reduces the chances of mutation and development of resistance to treatment.’
Read More..

Human antibodies which are able to counteract SARS-CoV-2 have a great potential in the treatment and prevention of COVID-19. Several antibodies are found which can bind to the virus's surface spike protein thereby preventing its entry into the cells.


Timothy P. Sheahan who is an assistant professor at the Gillings School of Public Health at the University of North Carolina at Chapel Hill said," However, the neutralizing activity of antibodies to SARS-CoV-2 has primarily been tested using cells cultured in the laboratory, and how these in vitro results translate to protection in animals or humans has not been determined."

Loss of Taste, Smell is Godsend for Many Coronavirus Patients: Here's Why

Experiencing a true loss of smell and taste along with gastric trouble as COVID-19 symptoms begin to appear could mean a good prognosis and no severe respiratory attack that usually sets in in the 2nd week of the 14-day virus cycle.
Advertisement
The research was lead by Sheahan and co-lead author Michel C. Nussenzweig, who is a professor, investigator, and senior physician at The Rockefeller University and Howard Hughes Medical Institute. The ability of various human antibodies at counteracting SARS-CoV-2 infection was studied in mice and hamsters.

The researchers found that certain antibodies were more potent and some were not potent enough to block the viral entry into the cells but were still effective in preventing SARS-CoV-2 infection in mice and hamsters. This was because they were able to activate various types of white blood cells in addition to blocking the viral entry. This helps the immune system identify and target the virus and the infected cells.

When the antibodies are used in combination with each other, they are much more effective as they are able to target different parts of the viral spike proteins and hence can effectively treat and prevent the infection in mice and hamsters at much lower doses than single-antibody treatments.

The combination-antibody therapy is important as it targets multiple parts of the virus spike protein and hence the chances of mutation and resistance to treatment are reduced.

Sheahan said,"Some antibody combinations can be effective for prevention and early therapy of SARS-CoV-2 even at relatively low doses. Overall, our data support the idea that specific combinations of antibodies with the ability to activate immune cells should be developed for optimal protection and therapy against SARS-CoV-2.

Mental Health during COVID-19: Top Tips to Manage COVID Anxiety, Depression
News Archive
News Resource
News Category
Over 107,000 Child COVID-19 Cases In US World Health Assembly to Focus on Covid-19, Health and Peace: Covid Poo Test for Bats can Aid in Pandemic Monitoring Do Air Pollution Have an Impact on the Severity of COVID-19? COVID-19 Infections More Likely to Affect Cancer and Alzheimer's Patients
More News
Sign up for Wellness Consult a Doctor Sign up for Selfcare