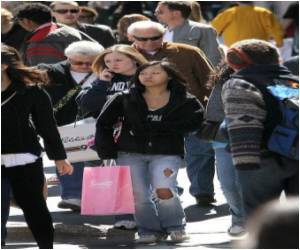 In yet another instance of the foot in the mouth disease, well known columnist Ann Coulter claimed that exposure to radiation levels well above the maximum limit set by the governments can actually reduce the risk of cancer.

Commenting on the ongoing nuclear catastrophe in Japan following the tsunami and earthquakes, Coulter wrote in her column "A Glowing Report on Radiation", saying that the only good thing that came out of the tragedy was that those who were exposed to radiation were now at a lower risk of suffering from cancer.

"Shaped like a butterfly she sits within the neck," that's what an anonymous poet wrote about the thyroid gland but it can become cancerous and spread to other parts.
Advertisement

Coulter had appeared on the O'Reilly Factor on Thursday where she continued to claim that radiation was good for the body. The show's host, Bill O'Reilly, begged to differ, saying that common sense told us that increased radiation was bad.


"The prevailing wisdom is there's a level of radiation that's gonna hurt you and perhaps kill you. What you say may be true - there may be some doses of radiation that in the human body can ward off infection. But in something like this, you gotta get the folks out of there, and you have to report worst-case scenarios" O'Reilly said, though Coulter continued to stick with her opinion.

An ideal tumor marker for a cancer should be specific to that cancer and not generate false positive results.
Advertisement
<< 31 Australians Arrested After World's Largest Paedophile Ri...
Stem Cells Protect Heart After Heart Attacks >>

Indian Medical Journals A-Z Drug Brands in India Diaphragmatic Hernia Drug Side Effects Calculator Find a Hospital Turmeric Powder - Health Benefits, Uses & Side Effects Blood Donation - Recipients Drug - Food Interactions Find a Doctor Calculate Ideal Weight for Infants
This site uses cookies to deliver our services. By using our site, you acknowledge that you have read and understand our Cookie Policy, Privacy Policy, and our Terms of Use