Cost of Online Dating Scams for Aussies Is $17 Million 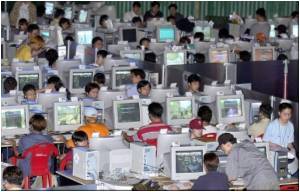 Online dating scammers in Australia are being targeted by the government, which is planning to launch a crackdown on them. This move comes after over 1600 people reported losing 17 million dollars in the online search for romance this year.

The Australian Competition and Consumer Commission have urged the online dating and romance industry to comment on draft guidelines for cleaning up the industry that 'exploits lonely hearts'.

Steve Odom created a website for those seeking love in a hyper-connected world after Dud dates arranged at traditional online match-making services disappointed him.
Advertisement


"These scams typically involve a genuine user of a dating website being contacted by a potential admirer who is a scammer in disguise. After forming a relationship with the victim, the scammer plays on emotional triggers to get the victim to provide money, gifts or personal details," it added.

Revealing Political Leanings can Scupper Your Dating and Mating Success!

People often avoid advertising their political leanings while attempting to attract a potential mate
Advertisement
A group of industry representatives has been working on draft guidelines since July, the Sydney Morning Herald reports.

The ACCC's announcement came after it emerged that a NSW doctor paid 3 million dollars over several years to an online dating agency in the belief he was helping a potential girlfriend.

The ACCC would like dating agencies to provide clients with warnings about scams, and verify online profiles to "detect and disrupt the activities of those seeking to engage in fraud"'.

The ACCC is likely to launch new guidelines early in the new year.

Would-be lovers could soon be thanking popular social networking site Twitter as it will allow users to call their followers for free.
Advertisement
Advertisement