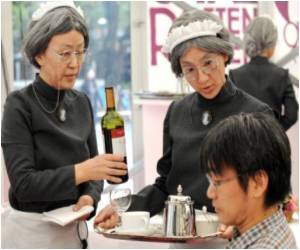 The earthquake in Japan on March 11th has caused unimaginable disruptions in power supply and problems in transportation of products.

Due to this, there may be a shortage of electronic components and the prices of such components may also be steep.

Japan's biggest recorded earthquake appears to have moved the island by about 2.4 metres, according to the US Geological Survey. That's a reasonable number. Eight feet, that's certainly
Advertisement

Japan is also the world's largest supplier of silicon, used to make semiconductors; and the recent quake has affected the pricing of components like NAND flash memory chips.


Toshiba Corp. (6502), which makes flash-memory chips  has stopped operations in five factories due to power shortages.

Laser Vision Correction Surgery
News Archive
News Resource
Advertisement
News Category
Milestone In Voluntary Blood Donation Achieved Samsung Reinvents Toilet for the Poor Which is a Better Form of Exercise: Daily or Weekly? First Phase of Foot-and-Mouth Disease Vaccination Shocking News: Polio Cases Return After a Decade in the US
More News
Sign up for Wellness Consult a Doctor Sign up for Selfcare