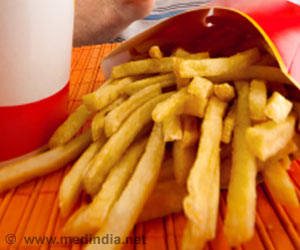 The eco-friendly Boeing 777s, which is fueled by a blend of 25 percent cooking oil and 75 percent jet fuel, had completed 25 round trips between the two countries, which will be followed by 24 round trips every Thursday for the next six months, New York Post reports.

The oil for the flight, which comes from Louisiana, consists of waste oil left over from frying up crawfish, catfish and other Cajun food and is refined at a plant near Baton Rouge, Louisiana and then taken to JFK Airport to fuel the engines of the KLM aircraft, the paper said.


According to pilots, the cooking fuel works like regular jet fuel in the Boeing 777, which carries 318 passengers, and does not require any special maintenance by airline flight and maintenance crews.

It is the first time a biofuel will be used on a regular schedule on trans-Atlantic flights, although KLM, a biofuel pioneer, has been using cooking-oil-based fuel on passenger flights in Europe since September 2011, the report added.

Ownership of French Fries Claimed by Belgium
"Fries, they are the orphan of street cooking, of low birth. That is why it's hard to establish ......

Can French Fries be Healthy?
French fries may not be all that bad for us, researchers reveal, but the condition is that it needs ...

UAE President Orders Medical Aircraft to Airlift Heart Patient from Kuwait
An Emirati citizen being treated at a Kuwaiti hospital for stroke will be brought back to the ......

NASA to Send Unmanned Aircraft into Stratosphere to Study Climate Change
NASA revealed that it will be sending in a remotely piloted research aircraft over the Pacific ......