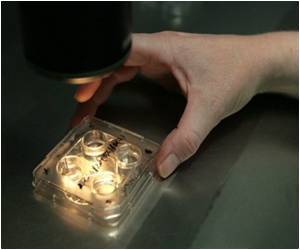 A new study published in The Lancet has been gathering controversy after its authors suggested that the government should allow fertility clinics to implant two embryos if the mother, her partner and the clinic believe that it is in their best interests.

Currently implanting more than one embryo is banned in some countries such as Sweden and Belgium while the British government too is slowly moving towards the one embryo policy as it is believed that implanting two or more embryos increases the possibility of twins being born.


Speaking to The Guardian, Professor Lawlor said that while implanting three embryos should be banned, there should be no legislation against implanting two embryos. "In terms of UK policy, we would say you shouldn't transfer three to women of any age, but I think there should not be legislation to try to enforce transferring one to younger women and two to older women. Guidance should be based on prognostic indicators", she said.

Encyclopedia section of medindia briefs you about the Genetics of Male Infertility
Advertisement
<< Delhi HC Directs FSSAI to Develop Guidelines to Ban Junk Fo...
No Link Between Marathon Participation and Cardiac Arrest >>

Interactive section of Medindia explains the journey of the sperm from testis to the outside world.

Noscaphene (Noscapine) Indian Medical Journals Post-Nasal Drip Diaphragmatic Hernia Iron Intake Calculator Calculate Ideal Weight for Infants Color Blindness Calculator The Essence of Yoga Drug Interaction Checker How to Reduce School Bag Weight - Simple Tips
This site uses cookies to deliver our services.By using our site, you acknowledge that you have read and understand our Cookie Policy, Privacy Policy, and our Terms of Use  Ok, Got it. Close
×