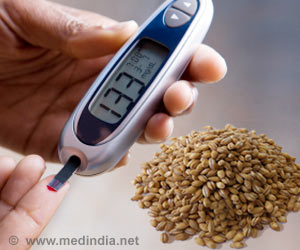 The guideline, titled "Diabetes TechnologyContinuous Subcutaneous Insulin Infusion Therapy and Continuous Glucose Monitoring in Adults: An Endocrine Society Clinical Practice Guideline," was published online and will appear in the November 2016 print issue of The Journal of Clinical Endocrinology & Metabolism (JCEM), a publication of the Endocrine Society.

The likelihood of gestational diabetes was higher among non-obese women who suffered from depression than for obese women with depression.
Advertisement
‘Among individuals with Type 2 diabetes, the body either makes too little insulin, the hormone that processes sugar, or the body uses insulin inefficiently.’

An estimated 29 million Americans have diabetes, according to the Society's Endocrine Facts and Figures Report. The condition occurs when the body's ability to process sugar is impaired. Among individuals with Type 2 diabetes, the body either makes too little insulin, the hormone that processes sugar, or the body uses insulin inefficiently. An individual develops Type 1 diabetesthe less common form of the conditionwhen the body produces little to no insulin.


ontinuous glucose monitors (CGMs) are primarily used to help in the management of Type 1 diabetes, although the devices can be useful for people with type 2 diabetes, as well. CGMs measure glucose levels in the fluid between the body's cells every few minutes throughout the day and night. The technology can tell the user whether glucose levels are rising or falling, and monitor trends from the past several hours. The devices also feature alarms to warn users when glucose levels are too high or too low.

Excessive sugar consumption - specifically the sugar fructose - has been linked to a rise in metabolic disease worldwide, revealed a new study.
Advertisement
"Studies have found that people with Type 1 diabetes who use CGMs are able to maintain better control of their blood sugar without increasing episodes of hypoglycemia when blood sugar drops to dangerous levels, compared to those who self-monitor blood glucose with periodic fingersticks," said Anne L. Peters, MD, of the University of Southern California's Keck School of Medicine in Los Angeles, CA, and chair of the task force that authored the guideline. "Scientific evidence supports the use of CGM technology in individuals with Type 1 diabetes whose blood sugar is above the targeted level as well as those whose blood glucose is well managed."

Although many people with Type 1 diabetes use CGMs, Medicare does not cover the technology for adults 65 and older. The Endocrine Society continues to call for Medicare coverage to improve outcomes and reduce hypoglycemic events in older adults.

The guideline task force also recommended the use of insulin pumps over multiple daily insulin injections in individuals with Type 1 diabetes who have not met their A1C goals and are willing and able to use the device. In addition, pumps are recommended for people with frequent hypoglycemia or glucose variability, and those who require increased insulin delivery flexibility or improved satisfaction with their diabetes care. Insulin pump use was suggested for people with Type 2 diabetes who were not meeting their glycemic goals.

Insulin pumps deliver insulin around the clock via a catheter placed under the skin. The pump gives additional insulin before meals based on what the user enters for their food intake and blood sugar level. Insulin pumps are often used in conjunction with CGMs.

Emerging technology in the treatment of diabetes, including artificial pancreas devices, are designed to automatically manage blood sugar levels in individuals with Type 1 diabetes. Such technologies will use CGM to effectively monitor blood sugar to determine appropriate insulin dosages and to prevent blood sugar levels from going too low or too high.

Regardless of what treatment technologies are used, the guideline recommends that all patients and healthcare providers be properly educated and trained to use the devices.

"A device's success is directly linked to an individual's willingness to use and understand the technology," Peters said. "It is crucial to ensure patients are comfortable with any devices they decide to incorporate into their treatment plans."

Other members of the Endocrine Society task force that developed this CPG include: Andrew J. Ahmann of Oregon Health and Science University in Portland, OR; Tadej Battelino of the University of Ljubljana and University Children's Hospital in Ljubljana, Slovenia; Alison Evert and Irl B. Hirsch of the University of Washington Medical Center in Seattle, WA; M. Hassan Murad of the Mayo Clinic Evidence-based Practice Center in Rochester, MN; William E. Winter of the University of Florida in Gainesville, FL; and Howard Wolpert of the Joslin Diabetes Center and Harvard Medical School in Boston, MA.

The Society established the Clinical Practice Guidelines Program to provide endocrinologists and other clinicians with evidence-based recommendations in the diagnosis and treatment of endocrine-related conditions. Each guideline is created by a task force of topic-related experts in the field. Task forces rely on evidence-based reviews of the literature in the development of guideline recommendations. The Endocrine Society does not solicit or accept corporate support for its Clinical Practice Guidelines. All guidelines are supported entirely by Society funds.

As men age, testosterone levels fall - a process described as late-onset hypogonadsim and could even be linked to obesity and diabetes.
Advertisement
<< Skin Rashes: An After Effect of Chikungunya
Lumbar Spinal Stenosis can be Cured Using Minimal Invasive ... >>

Simple and Inexpensive Way to Manage Diabetes With Copper Film

The first construction of copper with a sponge-like porous structure, which can quickly and accurately detect glucose in salt-based fluids.

Nutam (400mg) (Piracetam) Find a Doctor Find a Hospital Iron Intake Calculator Diaphragmatic Hernia Daily Calorie Requirements Accident and Trauma Care Blood Pressure Calculator Calculate Ideal Weight for Infants The Essence of Yoga
This site uses cookies to deliver our services.By using our site, you acknowledge that you have read and understand our Cookie Policy, Privacy Policy, and our Terms of Use  Ok, Got it. Close
×