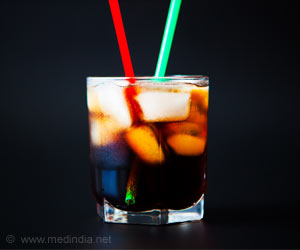 Sugary drinks are a major contributor to the obesity epidemic. A study has confirmed that if you are consuming a lot of sugar-sweetened beverages (SSBs), stop doing so. It may make you obese or overweight.

A new review of the latest evidence on SSBs -- that includes 30 new studies published between 2013 and 2015 -- concludes that SSB consumption is associated with overweight and obesity.

Advertisement
‘If you drink just one can of a sugar-sweetened soft drink every day, and not cut back on calories elsewhere, you could gain up to 5 pounds in a year.’

"The evidence base linking SSBs with obesity and overweight in children and adults has grown substantially in the past three years," said co-author Nathalie Farpour-Lambert from University Hospitals of Geneva in Switzerland.


"We were able to include 30 new studies not sponsored by the industry in this review, an average of 10 per year. This compares with a previous review that included 32 studies across the period 1990-2012."
Advertisement
The review is published in the journal Obesity Facts.

Almost all (93 per cent) of the 30 studies in children and adults revealed a positive association between SSB consumption and overweight/obesity, while only one prospective cohort study in children showed no association.

"By combining the already published evidence with this new research, we conclude something that in many ways should already be obvious: public health policies should aim to reduce the consumption of SSBs and encourage healthy alternatives such as water," the researcher noted.

A total of 244,651 study participants were included in this new systematic review.

Regarding the geographical area of the studies included, 33 percent were done in Europe, 23 percent in the US, 17 percent in Middle or South America, 10 percent in Australia, 7 per cent in South Africa and the remaining 10 percent in Iran, Thailand and Japan.

Source: IANS
Advertisement
<< Being Married Has a Lifelong Effect on Life
Few Tips on How to Maintain Healthy Looking Skin >>

Intake of Sugary Drinks During Pregnancy Linked to Childhood Asthma
Avoiding high intake of sugary beverages during pregnancy and in early childhood could be one of ......

Sugary Drinks and Protein-Rich Meals Make the Body Store More Fat
Those who drank sugary drinks were more likely to be obese than those who did not....

How Effective is Portion Limiting Policies for Sugary Drinks?
New York City Board of Health restricted sugary drinks sold at restaurants and other food outlets .....