Consumption of Sugar Sweetened Beverages may Impair Memory During Adolescence 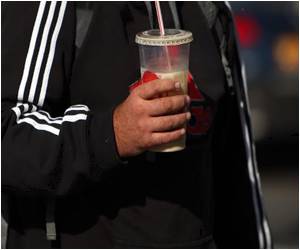 The lead author, Dr. Scott Kanoski from the University of Southern California, says, "It's no secret that refined carbohydrates, particularly when consumed in soft drinks and other beverages, can lead to metabolic disturbances. However, our findings reveal that consuming sugar-sweetened drinks is also interfering with our brain's ability to function normally and remember critical information about our environment, at least when consumed in excess before adulthood". In addition to causing memory impairment, adolescent sugar-sweetened beverage consumption also produced inflammation in the hippocampus, an area of the brain that controls many learning and memory functions. "The hippocampus is such a critical brain region for memory function", says Kanoski. "In many ways this region is a canary in the coal mine, as it is particularly sensitive to insult by various environmental factors, including eating foods that are high in saturated fat and processed sugar."

Can a Soda Tax Save Lives!?!
Yearly intake of enormous sugar is worsening the obesity and diabetes rates in the United ......

Fight to Limit Soda Sizes Back to Court in New York City
The size of sodas and other sweet drinks are blamed by some for obesity, and New York city took its ...