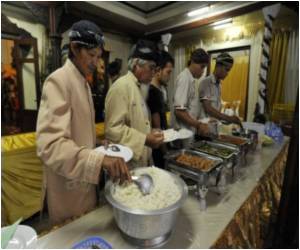 A new study has revealed that adults from 30 to 60 years old, especially those from lower socio-economic backgrounds, aren't consuming the daily recommended levels of fruits and vegetables.

Quebecers, however, eat more of nature's produce than their fellow Canadians, according to the Concordia University study.

The antioxidant content in pomegranate is said to be nearly three times the antioxidants found in green tea or red wine.
Advertisement

"People from the Atlantic to the western provinces consume fruits and vegetables less frequently compared to Quebecers," said lead author Mesbah Sharaf, a PhD candidate in Concordia's Department of Economics.


"This could be due to cultural influence, since Quebec is a predominantly a French-speaking province with a long history of farming, fruits, vegetables and dairy products," Sharaf stated.

Bananas are one of the most consumed fruits in the world. They offer a wide array of health benefits including heart health, skin care and bone strength.
Advertisement
The researchers analyzed data collected from almost 94,000 people, aged 18 to 69 years, from the Canadian Community Health Survey.

The analyses revealed that people with low education and low income ate fruits and vegetables less frequently - about 4.5 times per day. Individuals with higher education and income, for their part, ate nature's produce a little over five times per day.

"There are also significant disparities in the frequency of fruit and vegetable consumption by demographics and lifestyle," said co-author Sunday Azagba, who is also a PhD candidate in the Concordia Department of Economics.

Men, singles, smokers, people in their 40s and households with no children, for example, reached for the fruit bowl less often.

The research team also found that women tended to munch on fruit and vegetables more frequently (5.4 times a day) than men (4.5 times).

The study was published by Nutrition Journal.

Anti-oxidant property of guava has recently been found be the highest amongst commonly consumed Indian fruits. Get rid of free radicals present in the body with guava.
Advertisement
<< New Study Dispels Myth Surrounding Low-fat Diet
Eliminating Pediatric HIV in Zimbabwe >>

Superfoods should be a part of daily diet as they are packed with nutrients and healing properties.But the best part is that they are tasty too!
Advertisement
News A-Z
A B C D E F G H I J K L M N O P Q R S T U V W X Y Z
What's New on Medindia

Amazing 8 Tips to Get Your Kids to Eat More Veggies

More News on:
Why Do We Eat - Nutrition Facts Diet Lifestyle and Heart Disease Brand-Food Rules for the New Year Amazing 8 Tips to Get Your Kids to Eat More Veggies

A-Z Drug Brands in India The Essence of Yoga Drug - Food Interactions Calculate Ideal Weight for Infants Accident and Trauma Care Iron Intake Calculator Indian Medical Journals Blood - Sugar Chart Loram (2 mg) (Lorazepam) Selfie Addiction Calculator
This site uses cookies to deliver our services. By using our site, you acknowledge that you have read and understand our Cookie Policy, Privacy Policy, and our Terms of Use