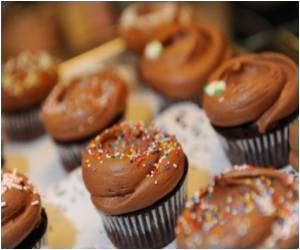 If you don't know how to curb that craving for hazelnut chocolate, just imagine the smell of eucalyptus and your problem will be solved.

Psychology researcher Dr Eva Kemps and colleague Dr Marika Tiggeman examine the psychology of food cravings and found that desperate cravings for food can be sated as easily asking the person affected to imagine the smell of eucalyptus.

The findings could have implications for drug and alcohol addiction and help in treating eating disorders such as bulimia.


Kemps said that while most people will experience a food craving on occasion, these are not necessarily pathological.

"However, like cravings for cigarettes, alcohol, caffeine or drugs they can pose significant health risks for some individuals," ABC Science quoted her as saying.

Low calorie meals or diet include foods that are high on nutritional content and yet have fewer calories. Updated information about low calorie diet or low calorie foods and its health benefits.
Advertisement
"Food cravings have been shown to trigger binge-eating episodes, which in turn contribute to both obesity and disordered eating, especially bulimia nervosa," she added.

Kemps says a craving is notable for the specificity of the desire.

"It's more than just a desire for chocolate. It is very, very specific ... it might be one particular type of chocolate. People who have problematic cravings, find these cravings very debilitating in their day to day functioning," she said.

In a series of experiments, Kemps and Tiggeman induced chocolate cravings in participants and then asked them to perform a series of tasks.

"When you are having a craving you are experiencing very vivid and clear mental imagery. People's mental capacity is limited in size, so if you are using it up to conjure up images of food, it can't be used for something else," said Kemps.

But Kemp said that this effect could also be used to reduce craving sensations.

"On the flip side when we got them to do another task, such as imagining the smell of eucalyptus they could not maintain the craving. Engaging in a simple visual task seems to hold real promise as a method for curbing food cravings," said Kemps.

She said that the next step is to use the results to see if the findings can help people that have debilitating cravings.

The study was published in the latest issue of Current Directions in Psychological Science.