CONRAD Head of drug delivery, Meredith Clark, PhD, today presented preclinical data on a new intravaginal ring that provides contraception as well as HIV-1 and HSV-2 prevention at the 2013 American Association of Pharmaceutical Scientists (AAPS) Annual Meeting and Exposition in San Antonio, Texas. This multipurpose prevention technology (MPT) can remain in the vagina for up to 90 days and releases the contraceptive levonorgestrel (LNG) and tenofovir (TFV), an antiretroviral that inhibits HIV and HSV replication in susceptible cells.

The CONRAD product development team, in collaboration with Dr. Patrick Kiser at Northwestern University, performed in vitro release testing and 3-month pharmacokinetic (PK) studies of the ring in rabbits and sheep, and compared drug levels to those seen with use of tenofovir gel. The PK studies found that levels of tenofovir in the target tissue delivered from the ring are similar or higher than those obtained after TFV 1% gel application, a product that has proven to be effective in preventing HIV and HSV infections in women. In addition, release of the contraceptive agent was also consistent with previous levels tested to be efficacious in women. Stability studies will continue and lead to Phase I clinical trials in women in 2014, which will test the combination ring, as well as a tenofovir-only ring.


Tenofovir is the first microbicide proven to be efficacious in humans, with the CAPRISA 004 clinical trial showing that women using the gel before and after sex reduced their risk of HIV infection by 39-54%. CAPRISA 004 also showed the gel to be 51% effective in reducing the transmission of HSV-2, making this combination ring potentially triple protective.

"The TFV/LNG ring is the first device to be tested in women that will offer contraception as well as HIV and herpes prevention," said Dr. Clark. "And so far, tenofovir is the only microbicide that has been proven to be effective in reducing HIV infections when used topically. It's important to develop a variety of delivery mechanisms for tenofovir in order to serve different women's needs."

Daily-dose of HIV Prevention Fails in Southern Africa
A study revealed that daily doses of drugs or vaginal gels have proven ineffective at preventing HIV infections in southern Africa, saying most of the women failed to use them as directed.
READ MORE 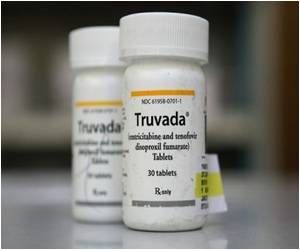