Connection Between Frailty and Survival After a Lung Transplant 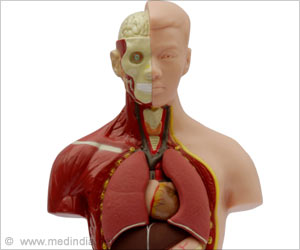 Frailty, defined simply as "an increased vulnerability to adverse health outcomes," it can affect a patient's chances of surviving a surgical procedure or needing a nursing home. Frailty can affect people of all ages and demographics.

A new study from physicians at Mayo Clinic in Rochester, Minn., published recently in the Journal of Heart and Lung Transplantation, is among the first to show a definitive connection between frailty and survival after a lung transplant procedure. Mayo Clinic researchers studied 102 individuals who received lung transplants at Mayo Clinic between Jan. 1, 2002, and Dec. 31, 2013, and found that patients who were frail had a decreased survival rate compared to patients who were not frail.

According to the report, 46 percent of the patients studied were considered to be frail based on an assessment of 14 activities of daily living, such as difficulty climbing stairs, dependency on oxygen or noninvasive ventilation for normal breathing and difficulty with housekeeping chores. Of those considered to be frail, 63 percent were female with an average age of 57. Within this study population, there were 32 deaths within the first three years post-transplant.


"Based on this population, we saw a definitive association between pre-transplant frailty and decreased survival after transplantation," says Cassie Kennedy, M.D., Pulmonology and Critical Care Medicine, Mayo Clinic. "This suggests that we may be able to help patients live longer with fewer complications after a transplant by intervening early to prevent or lessen the severity of frailty."

"Understanding the connection between frailty and lung transplant survival and outcomes can help physicians deliver a more accurate prognosis for transplant patients and, ultimately, get patients and their families engaged in taking steps to improve long-term outcomes and survival," says Dr. Kennedy.

Kennedy adds that future studies in this area will more clearly define the role that frailty plays in identifying candidates for lung transplantation, with the potential to influence selection guidelines and transplant center policies.

The donor was a 12-year-old boy from Kerala, who sustained grievous injuries when the family car hit a school bus in Kumbidi in Thrissur district on August 15.
Advertisement
<< US, Mexico Must Work to Prevent Mosquito-Transmitted Epidem...
Exceptional Care Requires Patient-Driven Education >>

High cost of surgeries may be one of the reasons for you to not choose a transplant but doctors say patients can lead a normal life after the surgery.

Color Blindness Calculator Blood Donation - Recipients Accident and Trauma Care Sanatogen Drug Side Effects Calculator Loram (2 mg) (Lorazepam) Find a Doctor Selfie Addiction Calculator Iron Intake Calculator Daily Calorie Requirements
This site uses cookies to deliver our services.By using our site, you acknowledge that you have read and understand our Cookie Policy, Privacy Policy, and our Terms of Use  Ok, Got it. Close
×