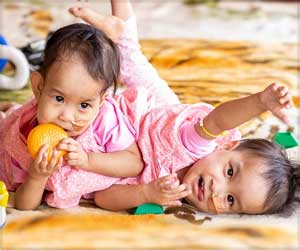 Surgeons in Australia have successfully separated 15-month-old Bhutanese twins, Dawa and Nima, who had been joined at the torso.

The girls are joined at the torso and share a liver and possibly a bowel, their doctor said, adding "our challenge will be to reconstruct their abdominal walls to close it over," the BBC reported.

"What we will be looking for is simply what bits connect the two girls together," lead surgeon Joe Crameri told reporters on Friday.


‘Australian doctors have successfully separated a pair of conjoined twins from Bhutan, 15-month-old, Dawa and Nima Pelden. The pair were connected at the abdomen and were sharing a liver.’


He said they would separate the liver, but there was one "unknown" whether the girls shared a bowel. If it were, it would also be divided, he said.

Nima and Dawa face each other, and cannot sit down together. They can stand if they do so at the same time, the BBC said.

About 18 specialists in two teams, one for each girl, are taking part in the procedure at Melbourne's Royal Children's Hospital. The surgery is expected to last at least six hours.

The girls and their mother, Bhumchu Zangmo, 38, were brought to Australia in October from Bhutan by Children First Foundation, an Australian-based charity.

However, it was postponed so the girls could improve their nutrition. Doctors said they were confident the twins were now ready for the operation.

Their mother was feeling "a little bit scared" about the procedure but had shown "extraordinary calmness" so far, the BBC quoted Elizabeth Lodge from the charity as saying.

Zangmo would spend the day praying and meditating, she added.

The state of Victoria has offered to cover the $255,000 cost of the operation.

Conjoined twins are very rare it is thought one in every 200,000 births, and around 40-60 percent of these births are delivered stillborn.

Only a few separations are carried out around the world each year.

In 2009, the same hospital performed a successful operation to separate Bangladeshi conjoined twins Trishna and Krishna, who were joined at the head. They underwent a life-saving 32-hour-long surgery.

Doctors in Kabul Separate 15-Day-Old Conjoined Twins, Surgical First for Afghanistan
The twins were fused from the abdomen to the pelvis and were transferred to the French Medical Institute for Children, co-run by medical charity Chain of Hope.
READ MORE 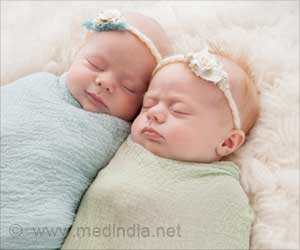 Phase II Surgery of Conjoined Twins Begins at AIIMS
The second phase surgery has began by 30 specialized doctors to separate the conjoined twins Jaga and Kalia of Odisha at the All India Institute of Medical Sciences (AIIMS).
READ MORE

Conjoined Twins Underwent an 18-Hour Surgery for Separation
After 18 hours of surgery, the heads of the conjoined twins from Odisha have been separated successfully. The health condition of the children is stable.
READ MORE