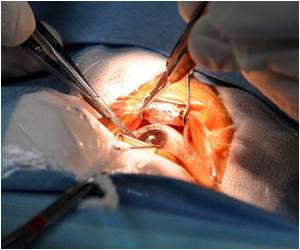 A team of researchers have investigated whether congenitally blind subjects experience pain a bit differently than individuals having normal sight. Their results, published in the current issue of PAIN®, reveal compelling evidence that congenitally blind individuals are hypersensitive to pain caused by thermal stimuli.

The findings are important because a key biological function of acute pain is to prevent bodily injury. Vision plays a critical role, as it allows a person to immediately detect and avoid potentially hazardous situations. Previous studies conducted in normal-sighted individuals had already demonstrated the link between vision and pain perception. The research team hypothesized that the absence of visual cues may therefore lead to heightened vigilance for painful stimuli.

Investigators recruited one group of 11 congenitally blind and 15 normal-sighted participants from Italy and a second group of 18 congenitally blind and 18 normal-sighted participants from Denmark. They conducted three experiments. The first compared pain thresholds and responses to suprathreshold pain (pain of sufficient intensity to produce a physiologic effect) stimuli among members of both groups. The second measured detection thresholds for warmth and cold perceptions. The third tested whether study results could be reproduced in an independent study population with culturally distinct ways of responding to pain.


Researchers used thermal probes on the medial forearm to measure thresholds of pain. The congenitally blind participants were allowed to touch the equipment beforehand and received verbal descriptions to reduce any anxiety. Sighted subjects were blindfolded during the actual testing. All subjects reported feelings of heat or cold pain through use of a response button. To assess suprathreshold pain, the researchers used a laser stimulation device. All participants completed a pain vigilance and awareness questionnaire, which allowed researchers to gather information on attitudes toward pain in daily life.
Advertisement
The study team found that compared with sighted subjects, congenitally blind subjects have lower heat pain thresholds, rate suprathreshold heat pain stimuli as more painful than the normal-sighted reported, and have increased sensitivity to cold pain stimuli.

The results of the pain questionnaires further demonstrated that blind subjects are more attentive to external threat signals. Dr. Kupers concludes, "We have shown that the absence of vision from birth induces a hypersensitivity to painful stimuli, lending new support to a model of sensory integration of vision and pain processing."

In a commentary accompanying the article, Flavia Mancini, PhD, Institute of Cognitive Neuroscience, University College London, United Kingdom, says, "The novel finding of pain hypersensitivity in blindness has several important implications for both basic and clinical science. This study is noteworthy for research on multisensory interactions and plasticity, because it shows a strong link between vision and pain. The next step is to understand the nature of the interaction between visual loss and pain sensitivity. Which aspect of pain processing is involved in the interplay with vision, and what is its neural basis? The hope is that this work will open the door to pain investigations into the world of sensory loss, left unexplained for too long."

Study Sheds Light on the Complexity of Gene Therapy for Congenital Blindness
Independent clinical trials, including one conducted at the Scheie Eye Institute at the Perelman ......

Anophthalmia
Anophthalmia is a genetic condition where a baby is born without one or both eyes. Treatment is aime...